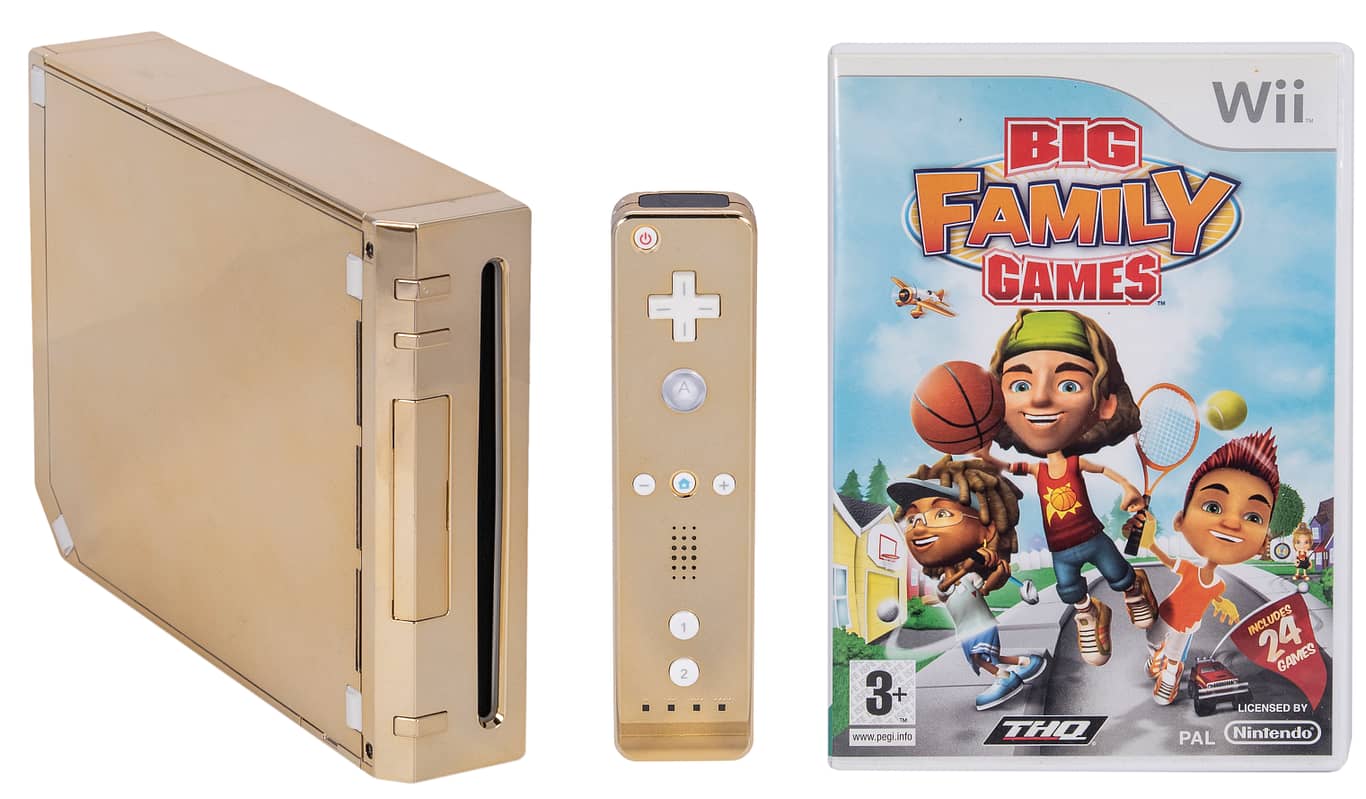 The infamous, one-of-a-kind golden Wii meant for the Queen has been put up for auction.

This unique promotional console was crafted by THQ back in 2009 as a stunt to launch a mediocre minigame collection. The publisher famously tried to send the console to the Queen – though it never reached royal hands.

Now, the console – arguably, a piece of gaming history – has been listed on auction site Goldin. As of the time of writing, the bidding stands at £2k.

The story of the Queen’s golden Wii has been well-chronicled over the years, in particular by People Make Games, which detailed how the console had been quickly returned to sender by Buckingham Palace and then lay languishing in the bowels of publisher THQ for more than a decade.

“Presented here is the ultimate Wii collectible, commissioned especially for Her Majesty the Queen herself for a (somewhat goofy, and ultimately unsuccessful) marketing ploy, ‘The Golden Wii’,” the sale’s description reads. “The console and controller are both plated in 24 karat gold.

“Both exhibit minor handling wear, with the controller displaying scattered chips to the gold plating. The bundle includes the console, one controller, a copy of BIG Family Games, sensor bar, and all necessary cables. The Wii will come with a Letter of Provenance from our consignor attesting to its history and authenticity. Don’t miss your opportunity to own this truly one-of-a-kind Nintendo collectible! (Crown Jewels not included.)”

This isn’t the first time the Queen’s golden Wii has been put up for sale, either – though an earlier attempt to shift the console via eBay (for $300k!) was struck from the online marketplace over concerns over the account selling the machine.

Do you fancy a bid?