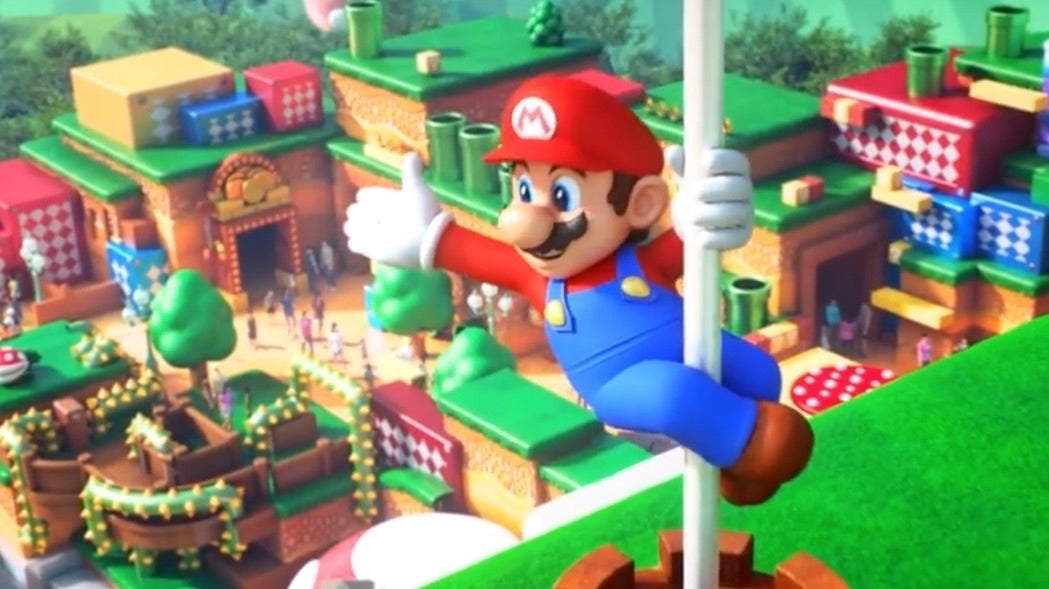 Previews of Hollywood’s Super Nintendo World have begun to pop up online.

Attractions Magazine was invited to get an early peek at the new theme park, which is set to include Bowser’s Castle amongst other Mario-flavoured attractions. You can check it out for yourself in the video below:

This is the second Mushroom Kingdom theme park area to open globally, following the first’s opening at Universal Studios in Japan in 2021. The two will share a number of similar attractions, including an AR Mario Kart-themed ride, a Mario-themed cafe, and exclusive merchandise.

Jon Corfino, vice president of Universal Creative said that “pound-for-pound, you’re gonna get the same game experience” as the Japanese venue, confirming that whilst the Hollywood park doesn’t feature a Yoshi ride, both parks “have the same areas; they’re just laid out a little bit differently because the space is different” (thanks, VGC).

“Overall, I would say I was left with a very positive impression of what I’ve seen so far at Super Nintendo World,” concluded Attractions Magazine. “I hadn’t watched too many videos of the land in Japan, so I wasn’t 100 per cent sure what to expect, but my initial reactions were excitement at the overwhelming feeling that washed over me when I first stepped foot into the land (as a lifelong Nintendo fan) and sheer enthusiasm to check out the rest of what I didn’t get to experience, including the Super Mario Kart attraction.

“Remarkable visual design aside, the real emphasis here seems to be on play and exploration, and that to me has always been what both video games and theme parks are all about – making Nintendo and Universal Studios a perfect match.”

Not long to go now: Super Nintendo World is set to open on 29th January 2023 for annual passholders, whilst the rest of us can visit from 17th February, 2023.

Nintendo fans who also happen to be Minecraft players can live vicariously through a painstakingly Minecraft recreation based on plans and photos of the new theme park. The 1:1 remake is an incredibly faithful homage which hopes to have “3D models of every unique design this land has to offer”.