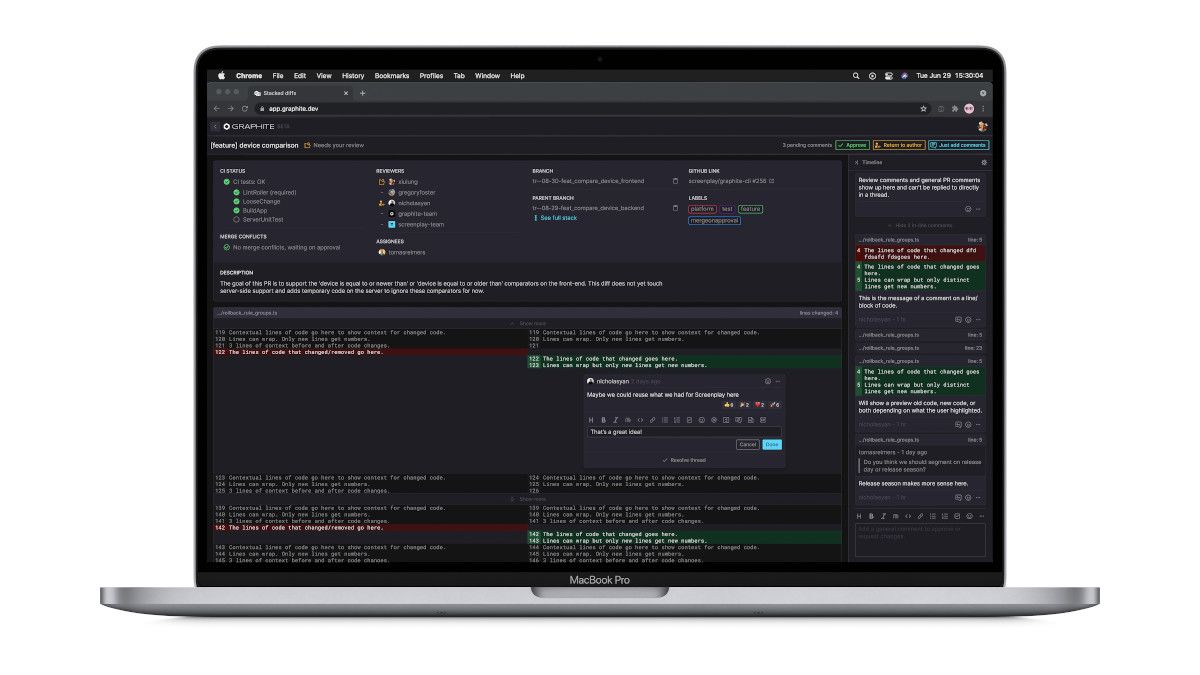 A startup called Graphite has raised a $20 million Series A funding round to scale up its open source command line interface, which is already proving popular among developers in early trials.

The tool is designed to bypass traditional bottlenecks in the code review process, by eliminating the need to wait for approval before work can continue.

“The idea with Graphite is that I make a change, and then while I look for someone to review it, I just continue to make changes on top of that, creating this queue of things to do,” co-founder Tomas Reimers told TechCrunch.

A change in direction

Led by Andreessen Horowitz and supported by a group of angel investors, the cash injection will go towards recruiting new engineers, building a desktop application, and developing integrations with existing IDEs and other tools.

When Graphite was first formed, the idea was to bring mobile development software to market, but the founders soon realized the potential in a tool they had developed for internal use only.

“The response to what became Graphite was so enthusiastic and compelling that we started to think that maybe we should work on this instead.”

After a trial period in which the company solicited feedback from the development community, and secured the blessing of the seed investors, the founders took the decision to pivot the startup to focus wholly on the command line application.

According to the website, developers working across a number of large companies – including Snowflake, Epic Games, Bolt and more – are already using the tool to ship new products and updates faster.

“Graphite is re-defining how teams think about code reviews. This is one of the spaces that has lacked innovation for a while and I am excited to see their roadmap become a reality,” said Roopak Venkatakrishnan, Engineering Director at Bolt.

The mission for Graphite in the coming months will be to roll out performance improvements and introduce an additional layer of polish – and, ultimately, to expand its 2,500-strong user base.