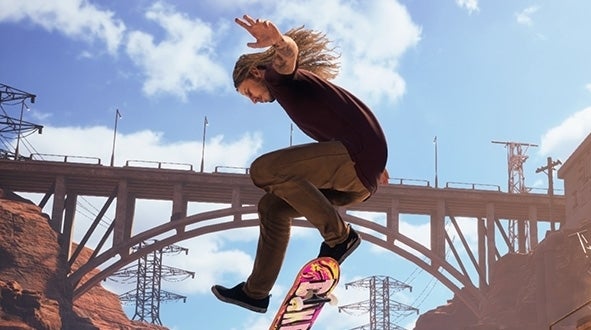 However, these plans were scuppered when Activision merged developer Vicarious Visions into Blizzard – a move which saw the studio re-named to Blizzard Albany and re-emerge as a support studio for the Diablo franchise and other Blizzard titles.

Hawk spoke of the now-scrapped plans in detail for the first time last night, while a guest on a fan Twitch livestream.

“That was the plan,” Hawk said, referring to a potential THPS3+4. “Even up until the release date of [1+2]. We’re going 3+4 and then Vicarious got kind of absorbed and they were looking for other developers, and then it was over.

“They [Activision] were actually… the truth of it was they were trying to find someone to do 3 and 4 but they just didn’t trust anyone the way they did Vicarious. So they took other pitches from other studios like ‘what would you do with the THPS titles?’ And they didn’t like anything they heard, and that was it.

“I wish there was some way to bring it back. I mean who knows – when all the dust settles maybe we’ll sort it out. You never know. I never imagined we’d do 1 and 2 20 years later, so…”

Vicarious Visions was originally founded in 1991 and became part of Activision in 2005. Its prolific output included work on the publisher’s Guitar Hero and Skylanders franchises, as well as Destiny 2.

More recently, it found acclaim for its work on the Crash Bandicoot N. Sane Trilogy, and the well-received Tony Hawk’s Pro Skater 1+2.