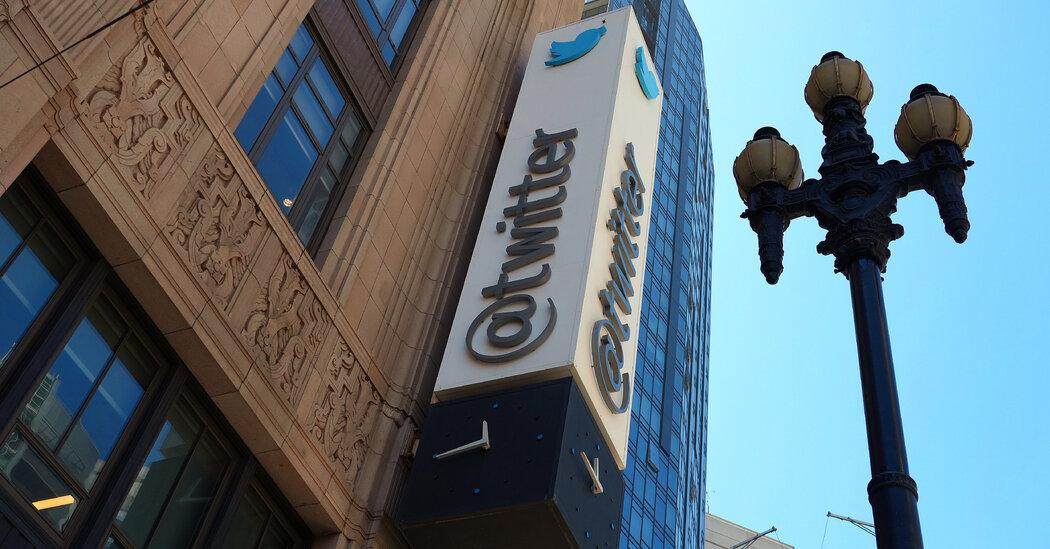 Twitter is embroiled in a grueling legal fight with Elon Musk as he tries to back out of a $44 billion acquisition of the company. It has slowed its hiring as it grapples with a flagging economy. Its stock price has slumped.

On Friday, Twitter revealed the toll from those challenges. In an earnings report, the company said the uncertainty caused by Mr. Musk had hurt its business, alongside macroeconomic troubles. Twitter’s revenue declined for the first time since 2020 as it struggled to be a destination for advertisers and swung to a net loss.

The lackluster earnings report ramps up the blame game that has erupted between Twitter and Mr. Musk, who swooped in and exposed the company’s lack of business and financial prospects as he has gone back and forth over buying the social media service. Mr. Musk, who also leads the electric carmaker Tesla, had agreed to buy Twitter in April and said he would take it private. He privately told investors that he could quintuple the company’s revenue by 2028 and expand it to 931 million users that same year.

But as the stock market has teetered, pulling down shares of Tesla — which is his main source of wealth, and which lost a third of its value this year — Mr. Musk made increasingly barbed comments about Twitter. This month, he moved to terminate the deal. Twitter has since sued him to complete the purchase, and a five-day trial to adjudicate the matter is scheduled for October in Delaware Chancery Court.

“Twitter now has an acquirer who no longer wants it, it has a C.E.O. and a board who want to get rid of it, and an employee base who is caught in the middle,” said Mike Proulx, a research director at Forrester. “None of this is good for Twitter.”

In its earnings statement, Twitter attributed the disappointing results to “advertising industry headwinds associated with the macroenvironment as well as uncertainty related to the pending acquisition of Twitter by an affiliate of Elon Musk.”

In total, revenue was $1.18 billion for the second quarter, down 1 percent from a year earlier, a far cry from the 20 percent growth that it had once predicted for the year. Twitter’s revenue fell 2 percent between the first and second quarter, which roughly coincides with the periods immediately before and after Mr. Musk made his move on the company.

Net loss was $270 million, a major swing downward compared with a profit of $66 million in the same quarter last year, as costs and expenses grew.

There was one bright spot. Twitter said it had 237.8 million daily active users who saw ads, up nearly 17 percent from a year earlier.

Mr. Musk did not respond to a request for comment.

In recent months, Twitter and other social media companies have confronted a gloomy advertising market. Fears about an economic downturn and the war in Ukraine have tamped down ad spending, which social media firms rely on for most of their revenue.

On Thursday, Snap, the maker of Snapchat, reported its slowest-ever rate of quarterly growth and a wider loss. Snap’s shares plunged more than 38 percent in early trading on Friday, pushing its market capitalization below $17 billion.

Twitter’s and Snap’s earnings could bode ill for other internet firms that rely on advertising for the bulk of their earnings. Meta, the parent company of Facebook, and Google report earnings next week.

Twitter faces additional worries from advertisers about the potential takeover by Mr. Musk, who has said he hates advertising and wants to relax Twitter’s content moderation policies, which have prevented ads from appearing alongside objectionable content.

Parag Agrawal, Twitter’s chief executive, has told employees the company has not lived up to its potential and has cut costs, fired top executives and exhorted employees to ignore Mr. Musk’s fireworks in recent months.

Still, the economic headwinds detailed by Twitter on Friday may not be a big worry to current shareholders if a court forces Mr. Musk to take ownership of the company at his proposed price of $54.20 per share, said Rich Greenfield, a co-founder of LightShed Partners, a research firm.

Twitter’s share price was $51.70 on April 25, the day the company’s board accepted Mr. Musk’s offer. But the stock has largely headed downhill since, spending the past month below $40. Its shares declined less than 1 percent in early trading on Friday.

Investors will be concerned about Twitter’s revenue only if the deal collapses and the company’s business fundamentals regain their importance, Mr. Greenfield added. “If the deal fully falls apart, we know the stock would go down,” he said. “But the question is, ‘How much?’”

Mr. Musk has also accused Twitter of misleading investors and undercounting the inauthentic accounts on its platform. The company has said that those accounts make up fewer than 5 percent of the active users on its platform and that it uses experts to audit its count. Twitter reiterated this figure in Friday’s filing.

As its battle with Mr. Musk unfolds, Twitter has tried to avoid the spotlight. For the second quarter in a row, the company declined to hold an earnings call with Wall Street analysts, dodging the uncomfortable questions about Mr. Musk’s impact on the business that might have been raised.

“The company is exceedingly quiet,” Mr. Greenfield said. “It’s been months since any investors had any conversations with the company.”

Mr. Musk also faces business concerns at Tesla. The carmaker reported on Wednesday that its quarterly profit had fallen because of supply chain delays and the price of Bitcoin, which the company had invested in.

Last April, when Rob Flaherty, the digital director for Joe Biden’s presidential campaign, told me that the former vice president’s team planned to use feel-good videos and inspirational memes to beat President Trump in a […]

The Sperm Kings Have a Problem: Too Much Demand

There have always been infertile straight couples in need of donor sperm, but with the legalization of gay marriage and the rise of elective single motherhood, the market has expanded over the last decade. About […]

This article is part of the On Tech newsletter. You can sign up here to receive it weekdays. My colleague Steve Lohr has seen almost everything in technology. And even he believes the power of […]