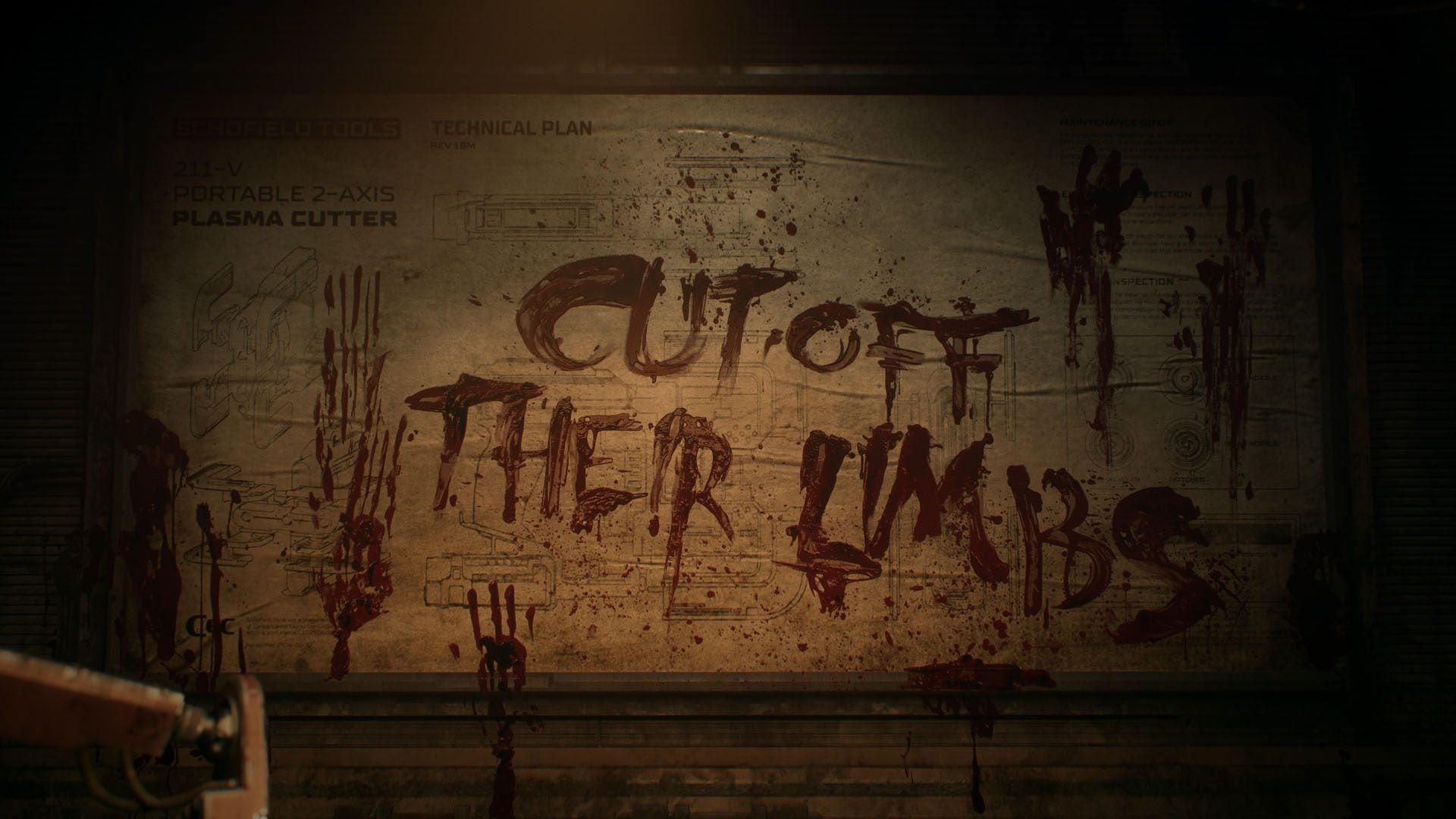 Another week means another discussion doing the rounds on the internet. No, not that one, though I’ve made my stance on the issue pretty clear.

This time we’re talking about graffiti in video games, especially when used as storytelling. There’s plenty of it to be found in games, whether it’s there to guide the player or just to add a bit more flavour and depth to the world.

Bischoff’s accompanying example, a topical choice of “CUT OFF THEIR LIMBS” from Dead Space, may be a tad on-the-nose for your liking as its presence is there to help the player out. This was confirmed by the game’s art director Ian Milham, who stated that play testers “didn’t get the mechanic” so it had to be spelt out for them, quite literally.

Obsidian’s Josh Sawyer disagreed, saying he usually doesn’t like it. If it is needed, he said, it should only be there when it feels natural in the world. Meaning that some of my favourite examples (including Ulysses’ “YOU CAN GO HOME COURIER” in Fallout: New Vegas) exist thanks to other designers who “really” wanted it.

Dusk and Gloomwood dev David Szymanski called it a “necessary evil”. Graphic novelist and writer on Ghost Recon David Gallaher said he loves it when graffiti serves a narrative purpose.

My favourite pieces of graffiti in games are those used for worldbuilding, and not necessarily major story beats. Take the Left 4 Dead games, for example, where people have left messages to loved ones in the hope that one day they’ll stumble across them. Strangers leave responses to other strangers in a form of broken communication. Even during a zombie apocalypse, people will still squabble as if they’re on an internet thread gone sour.

One of Silent Hill 2’s most famous lines – “There was a hole here. It’s gone now.” – is a quote that’s been analysed over and over by the community, and allows us to interpret a lot about the nature of the town itself and protagonist James Sunderland.

Disco Elysium goes one step further, as with its roleplaying you get to choose what protagonist Harrier Du Bois paints onto a building during the task “Add even more beauty to the wall”. You can shape the narrative yourself with your choice.

But what do you think about graffiti used as storytelling in video games? Maybe you think it’s a brilliant way to tell the story of a game. Or are you like me, and prefer to find it hiding in the nooks and crannies of the world? Maybe you’d rather developers do away with it all together and stick to audio logs instead.