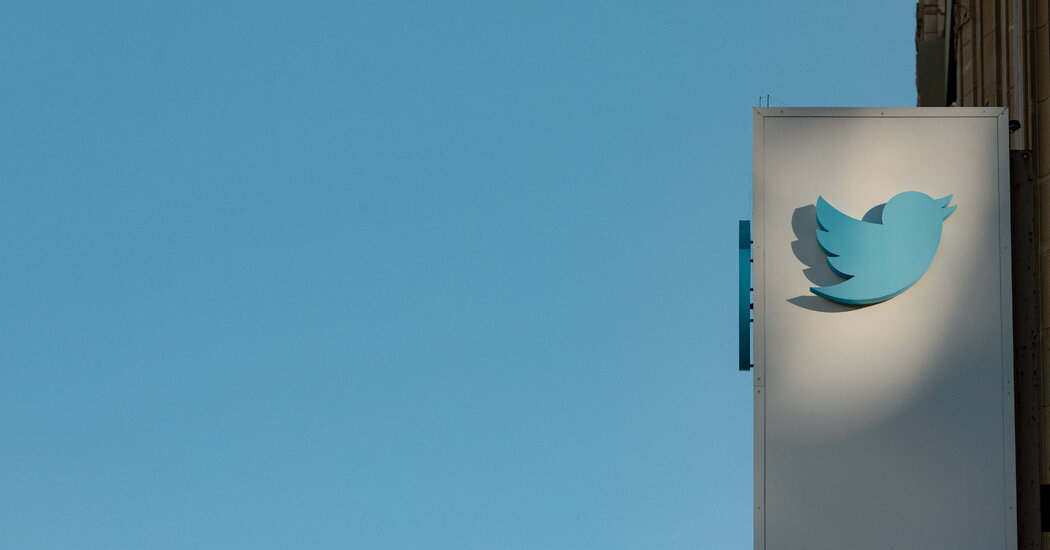 The resignations of more than 1,000 Twitter employees this week included many people who kept the site running smoothly and protected it from hackers. Their departures set off a wave of hand-wringing about whether the site will continue to operate well.

Twitter is unlikely to experience a sudden crash, many tech experts said. But the company could start to experience more outages, slow uploads and hacks.

“The site may run just fine for a while, kind of like you can drive a car with the check-engine light for thousands of miles,” said David Thiel, the chief technologist for the Stanford Internet Observatory and a former security official at Meta. “Except in this case, people who knew what that light meant and how to service this particular model are gone.”

Here are some of the social media jobs that are needed to keep the services running.

At the heart of Twitter are its engineers who have built and run the core architecture, known as the platform. They make sure the site works smoothly for users and help manage the hundreds of thousands of servers where all of the tweets, DMs, follows and likes are stored.

Before Elon Musk took over last month, thousands of these engineers worked at Twitter. It is unclear how many remain.

A swift overhaul. Elon Musk has moved quickly to revamp Twitter since he completed his $44 billion buyout of the social media company in October, warning of a bleak financial picture and a need for new products. Here’s a look at some of the changes so far:

Going private. As part of Mr. Musk’s acquisition of Twitter, he is delisting the company’s stock and taking it out of the hands of public shareholders. Making Twitter a private company gives Mr. Musk some advantages, including not having to make quarterly financial disclosures. Private companies are also subject to less regulatory scrutiny.

Layoffs. Just over a week after closing the deal, Mr. Musk eliminated nearly half of Twitter’s work force, or about 3,700 jobs. The layoffs hit many divisions across the company, including the engineering and machine learning units, the teams that manage content moderation, and the sales and advertising departments.

Content moderation. Shortly after closing the deal to buy Twitter, Mr. Musk said that the company would form a content moderation council to decide what kinds of posts to keep up and what to take down. But advertisers have paused their spending on Twitter over fears that Mr. Musk will loosen content rules on the platform.

Other possible changes. As Mr. Musk and his advisers look for ways to generate more revenue at the company, they are said to have discussed adding paid direct messages, which would let users send private messages to high-profile users. The company has also filed registration paperwork to pave the way for it to process payments.

Many are software engineers whose job is to make sure the site loads reliably and is stable enough to add features and users. Twitter has had a “blob storage” team, which helps manage the storage of all videos, photos and other content. A “caching” request team makes sure that saved content can load quickly. A “graph” team tracks and maintains databases on whom users follow. Those teams have been drastically reduced in size.

There are also employees who manage the physical plants, including data centers that each house hundreds of thousands of servers. These engineers are on the ground in the data center in Sacramento, for example, deal with any disruptions such as a server outage and are expected to quickly fix any other problems that can slow the site.

Twitter has a collection of engineers, product managers, communications staff, and people from its business and revenue operations who respond to emergencies. The group, known as the command center, assigns every incident — a hack, slow delivery, outages — a severity level, with zero as the worst problem. All zero incidents are reported to executive management.

On some busy days, hundreds of reports are submitted. The World Cup soccer tournament, which begins this weekend, is expected to drive a major increase in traffic — and perhaps many incidents of abuse, disinformation, outages and slowdowns.

Members of the internal security, trust and safety teams are responsible for detecting threats from foreign adversaries and ridding the site of hateful and false content.

Before he took over the company, Mr. Musk said he wanted less moderation on the site. But he has since been a little more equivocal. On Friday, Mr. Musk tweeted that “negative/hate tweets will be max deboosted & demonetized, so no ads or other revenue to Twitter” — suggesting that the site would have its software make some posts less visible in people’s feeds.

In addition, Twitter needs global regulatory experts to negotiate with governments. “The question is what is the near-term risk of any regulator shutting it down,” Ms. Harbath said. “In the U.S. and Europe, that would take a while. Somewhere like India or Brazil I could see it happening sooner.”

Mr. Musk is grasping for ways to generate new sources of revenue for Twitter. But as of now, it’s basically all coming from advertising. The business model is under attack as advertisers pull out of contracts to showcase their goods on the platform, saying they are concerned about the swell of toxic content on Twitter under Mr. Musk.

In addition, the revenue team responsible for selling ads has been hit by the exodus. These individuals aren’t responsible for mission-critical operations of the technology, but without them, the company cannot stay afloat financially.

BANGKOK — Facebook is planning legal action against the government of Thailand for ordering the social media platform to partially shut down access to a group critical of the Thai monarchy, the company said on […]

RIO DE JANEIRO — Shortly after President Donald J. Trump was banned from Twitter early this year, Brazil’s like-minded leader made a plea to his millions of followers on the site. “Sign up for my […]

Twitter may be moving closer to a deal with Elon Musk. The board of the social media service met on Sunday morning to discuss Mr. Musk’s unsolicited $46.5 billion bid to buy the company, after […]