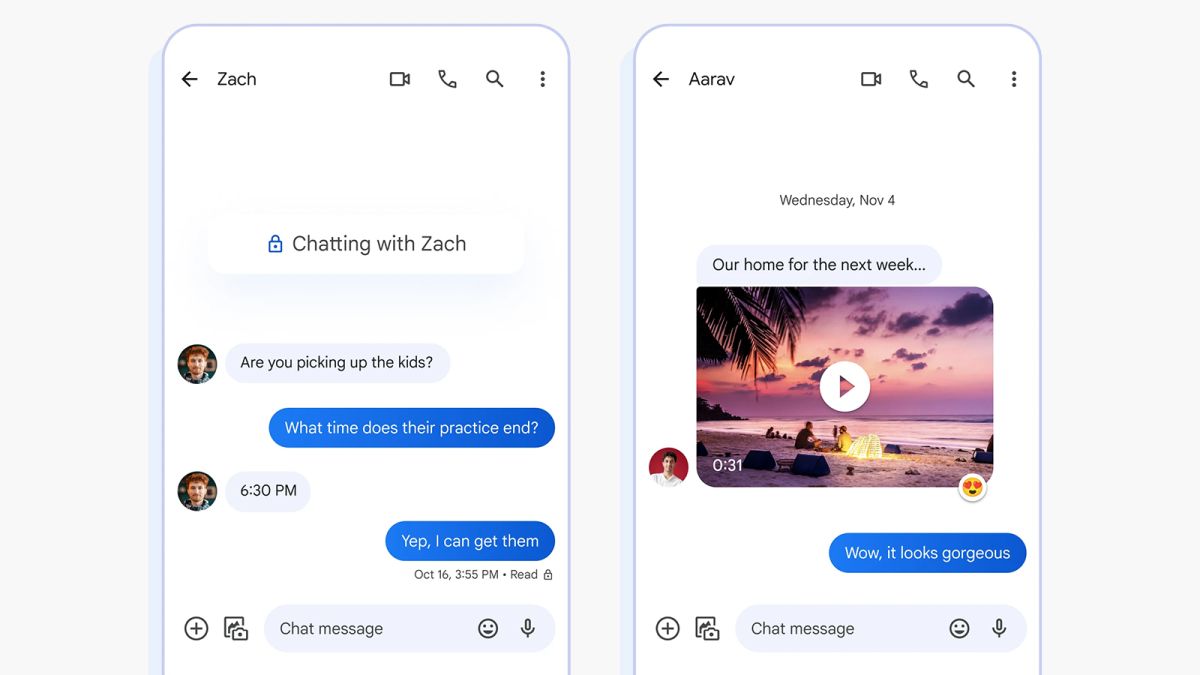 Apple Messages just got a bunch of new features with the arrival of iOS 16, and it looks like Google won’t be far behind in adding several significant upgrades to its own Messages app for Android devices.

Some digging by 9to5Google (opens in new tab) has revealed code that’s in the Messages app but not yet enabled – suggesting that these features are still being worked on and could be switched on in the not too distant future.

One of the upgrades apparently in the works is the ability to reply to specific messages in a conversation, something that you’ll be familiar with if you’ve used WhatsApp or iMessage. Users should also soon be able to respond to a message with any emoji they like.

That’s not all: it looks as though Messages will soon give the option of transcribing voice notes into text. In other words, you can get voice notes written out for you if you’re not able to listen to the actual audio clip – something not seen on many messaging rivals and would be quite the filip for Google’s messaging app as it continues to build an attractive messaging app to draw in new users.

Finally, there are also indications of a new gallery view appearing inside the Messages app, switching to a vertical layout that makes it easier to get to the image(s) you want to attach to your outgoing messages.

As for when all of this will appear for users, there’s no indication of any fixed date, but it shouldn’t be too long. It’s possible that Google will use the Pixel 7 launch on October 6 to make some software announcements too.

You’d be forgiven for being a little confused by Google’s messaging app strategy over the last year or twenty. Messages is the default app provided on Pixels and many other Android phones, which handles SMS and MMS duties. It also supports RCS or Rich Communications Services, an upgrade on SMS.

RCS isn’t a Google product, though Google is investing heavily in its development and adoption. It turns SMS into something more modern, with support for features such as read receipts and media file formats (including the all-important GIF). Google is pushing Apple to support RCS, but we could be waiting a while for that to happen.

Then there’s Google Chat, which has taken over from Google Hangouts. This is more akin to something like WhatsApp or Telegram, and includes most of the features you would expect from a messaging app. It doesn’t support SMS or RCS though, which is why Google Messages is still around.

These incoming features show that Google Messages and Google Chat will be staying separate for the foreseeable future – it’s somewhat confusing for users, but then we’ve come to expect that in recent years. See also Google Duo, the video calling app which is now being merged into Google Meet.