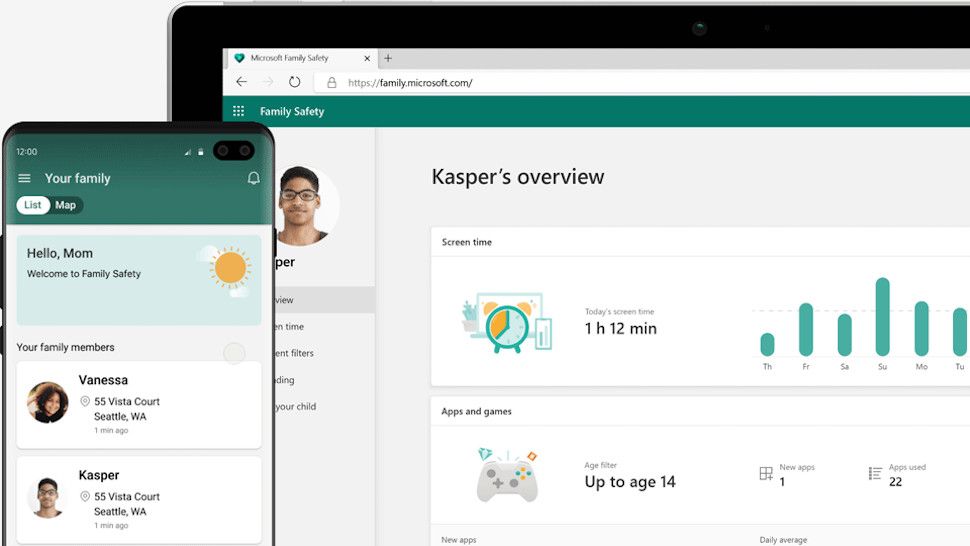 Windows 11 just witnessed the release of a new preview build which brings a few fresh features – including enhancements for the Family Safety widget – plus a ton of bug fixes, and the news that Microsoft is seemingly closing in on finalizing the big update for later in 2022 (known as 22H2 or Sun Valley 2).

Build 22610 improves Microsoft’s Family Safety parental control system by introducing the ability for you to see the location of your other family members who are using the Family Safety app.

Also, for the rest of your family who are designated in a ‘member’ role, they get a better view of screen time usage across devices and apps. Family Safety allows not only for tracking your children, but also setting screen time limits, and applying various content filters across software and games or when web browsing.

This new preview build also makes a bunch of additions on the device management and group policy front for IT admins, as well as some small tweaks to the Windows 11 interface (including the tooltip for the system tray’s battery icon showing an estimated time for remaining battery life, if your laptop supports it).

Finally, one minor but important UI move is the removal of the preview build watermark from the desktop (at the bottom-right), which is generally a sign that Microsoft is moving into the finalizing process for the big 22H2 update.

That said, in the blog post announcing this build, Microsoft does clarify that “this doesn’t mean we’re done”, but still, it’s a fair indication that things are close to finished, and soon everything will be tied up for this year’s Windows 11 update.

Analysis: Nearly ready, sort of – but there’s plenty of testing road still ahead

What this means is that soon enough, Microsoft should put a stop to adding new features, and start the process of testing and retesting everything that’s in place to make sure everything works fine (while squashing any bugs that pop up).

As you’re probably aware, the 22H2 update isn’t due out for some time yet – not until the second half of the year, perhaps earlier on, but more likely later in that period (in the past, we’ve typically seen H2 updates roll out in September or October).

So, while things might be close to done for Windows 11 22H2 in theory, there’ll still be a long road of testing to travel (which is a good thing – or it should be, anyway, in terms of making sure that no bigger flaws or bugs slip through the net).

Of course, there are quite a number of bug fixes already being applied, as you can see in the full notes for build 22610, and that includes the resolution of a nasty File Explorer crash loop which affected a “small” percentage of Windows 11 testers.