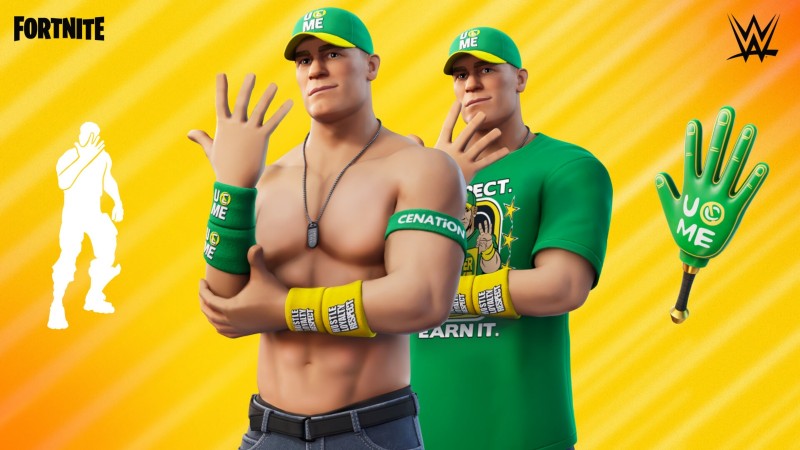 WWE’s SummerSlam event takes place this Saturday, and Epic is getting in the mood by announcing that 16-time world champion John Cena will five-knuckle shuffle his way into Fortnite.

Cena arrives on July 28 and comes outfitted in his full-on entrance gear as well as his shirtless in-ring gear. You can pick up a set that includes a “you can’t see me” emote, WWE Championship Title Back Bling, and Five Digit Slapper pickaxe. Personally, I’m chuckling at the idea of the PG-friendly Cena adjusting attitudes with guns instead of bodyslams.

While Cena isn’t the first wrestler to appear in Fornite – Dwayne “The Rock” Johnson has him beat there – it’s cool to see regardless, and, as a wrestling fan, I hope this trend continues. Fortnite already acts as the ultimate “forbidden door” for various media properties, so let’s throw more sports entertainment into the mix by adding stars from WWE, AEW, Impact, New Japan, and other promotions. That would certainly entice me to dive back into action.

Do you plan on chasing victory royales as Big Match John? Let us know in the comments!