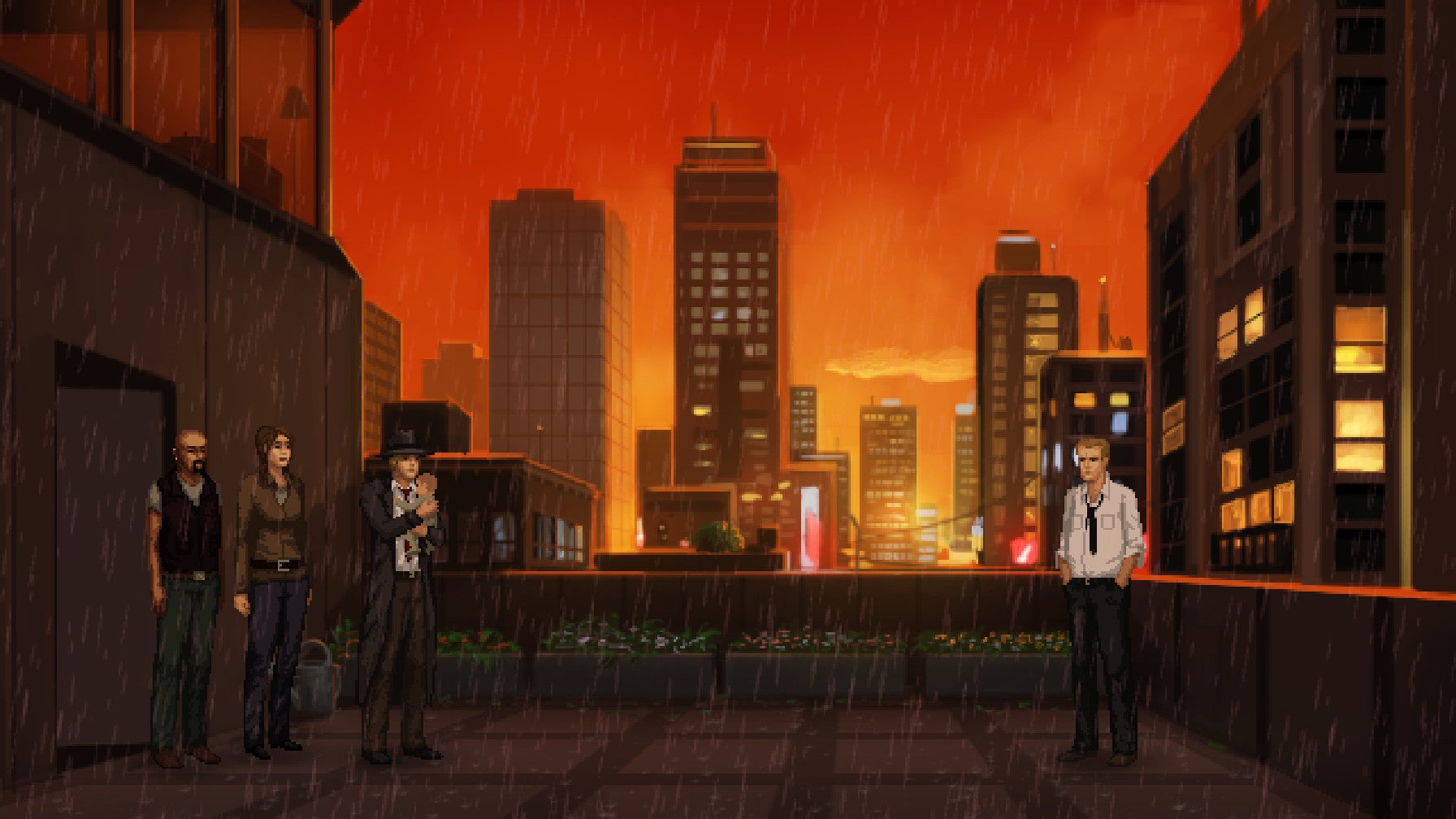 Wadjet Eye, if you’re unfamiliar, has been releasing highly acclaimed, old-school-inspired point-and-click adventures – complete with some gorgeous pixel art – since 2006. The studio’s earliest titles – namely Shivah, which explores themes around the Jewish faith, and the entire Blackwell supernatural detective series – are all present and correct in Humble’s latest bundle.

And it continues, serving up some real gems as the bundle shifts through sci-fi – in Resonance, TechnoBabylon, and Gemini Rue – to post-apocalyptic nightmare in Shardlight and Promordia to something altogether weirder with Wormwood Studios’ acclaimed Strangeland, in which a man must unravel his past while exploring a terrifyingly surreal carnival.

Arguably the highlight, though, is Wadjet Eye’s 2018 urban fantasy treat Unavowed, which follows a character who’s spent the last year terrorising New York City in a demonically possessed frenzy – and who now, after intervention from a crack team of supernatural specialists, finds themselves in the employ of an ancient, evil-battling secret society, ready to right their recent mistakes. It’s ambitious, irresistibly pacy, and wonderfully written stuff.

And if all that wasn’t enough to be getting on with, your £8 also gets you 33% off last year’s excellent Wadjet-Eye-published folk horror The Excavation of Hob’s Barrow. Developed by Cloak and Dagger Games, Eurogamer liked Hob’s Barrow a lot when we reviewed it last year, slapping its tale of windswept mystery with a Recommended badge.

Humble’s Wadjet Eye bundle will be available for the next 20 days, and all included games can be redeemed on Steam.