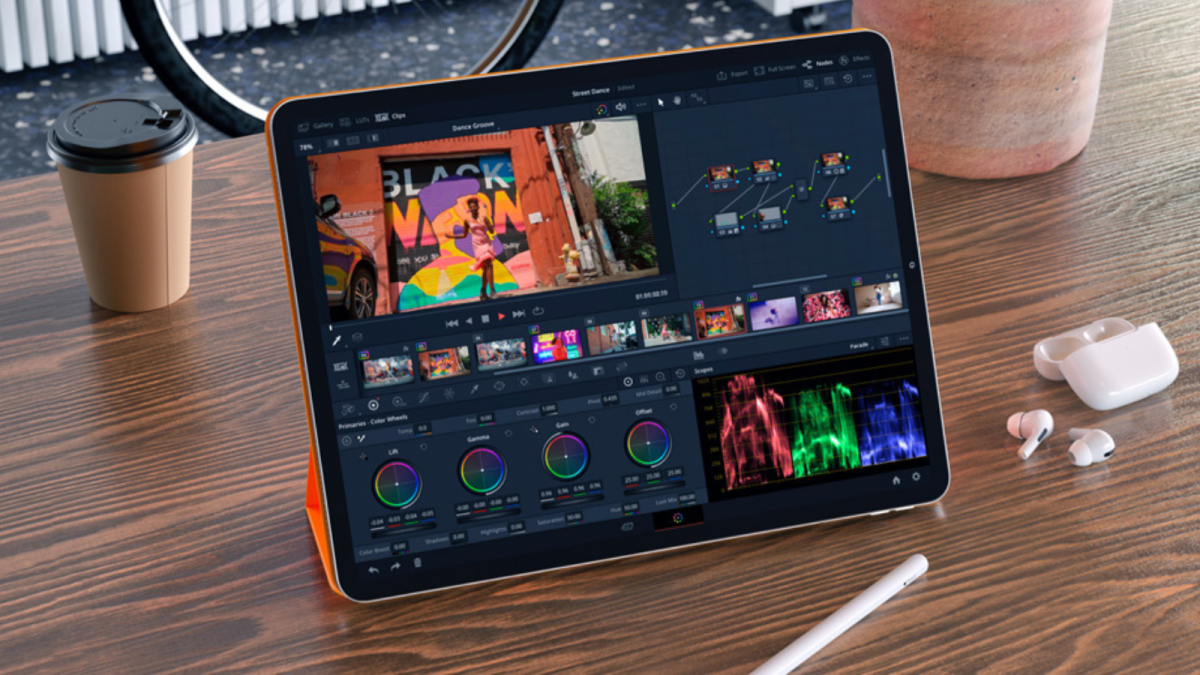 On-the-go video editors can breathe a sigh of relief – DaVinci Resolve for iPad has finally hit the App Store.

“Its elegant, modern interface is fast to learn and easy for new users, yet powerful for professionals,” the breathless App Store write-up claimed. Like it’s desktop counterpart, the iPad edition is available free with next to no restrictions. The one-time premium upgrade clocks in at just under $100 / £100.

Long considered some of the best free video editing software, the iPad version mirrors the professional desktop editor almost 1:1. That’s a feat not matched even by Apple FInal Cut Pro (although users can try Apple iMovie on iPad for an excessively streamlined experience).

With the video editing software hitting dropping on iPad, what’s likely to attract many content creators – beyond the non-existent price-tag – is the ability to craft Hollywood-grade productions without a powerful video editing computer or video editing laptop.

Blackmagic Design’s app-based editor works on iPad Pros running iPadOS 16 or above on an A12 Bionic chip or later. But, to really squeeze the best out of the tool, an M1 or M2 chip is advisable. The developers also note that earlier iPad models may be restricted to HD, with memory limitations potentially restricting certain features.

In our recent preview of DaVinci Resolve for iPad, we were impressed with the real-time color grading, multi-track audio, AI tools, and timeline editing tools. However, we did stumble across a few bugs and glitches while in beta. Hopefully, have been ironed out now the video editing app is on general release.

You can download DaVinci Resolve for iPad here (opens in new tab).