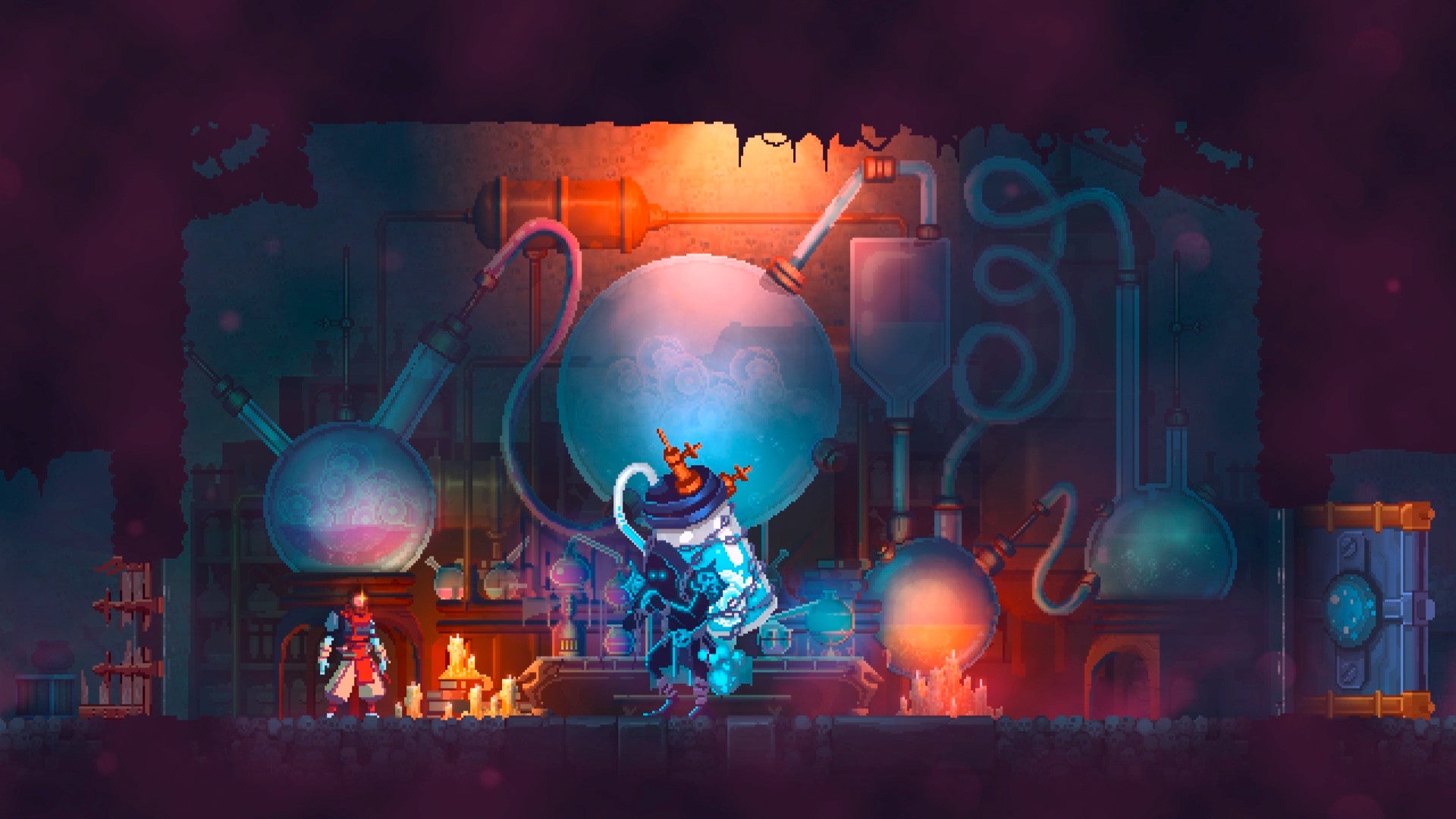 It includes details about new features such as auto-hit, continue, and assist modes, all of which aim to boost accessibility.

While the team believes “part of the fun” is Dead Cells’ “tough but fair experience”, Evil Empire says it knows “that it can be complicated for some people”.

“When you activate assist mode, there is a disclaimer that comes up saying part of the fun of Dead Cells is to enjoy the tough but fair experience, but we know that it can be complicated for some people,” Evil Empire’s marketing manager Matthew Houghton told Twinfinite (thanks, NME).

“You’ll also be able to activate a continue mode that lets you start where you died instead of restarting. You’ll start here with the same build. There is also an auto-hit mode. It is funny because this mode came from the mobile version of Dead Cells.”

Houghton also confirms that the game has “many options regarding the controls” as well as the ability to rebind the sticks, plus there are improvements to the UI too, including colour, font size, and font type.

“There’s also the ability to change around the songs, music, and SFX,” Houghton added. “For instance, if you have trouble hearing enemy attacks, you can narrow down the volume of the environment and what not to make the enemy’s attack the focus.”

The team announced back in January that it was already considering the likes of adjustable font size and colour, adjustable colour palettes to assist colourblind players, options to increase UI and background contrast, alongside features such as auto-hit to improve accessibility. However, in a bid to spread the net of knowledge wide, it then canvassed its playerbase for additional feedback.

As Matt summarised for us recently, Evil Empire’s plans to improve accessibility comes as the tide for improved accessibility in games finally seems to be turning. Microsoft continues its own push for inclusivity with initiatives including its impressive Xbox Adaptive Controller, while recent blockbuster hits such as The Last of Us Part 2, Spider-Man: Miles Morales, and Forza Horizon 5 (which includes sign language support) have all drawn widespread praise for their extensive accessibility options.