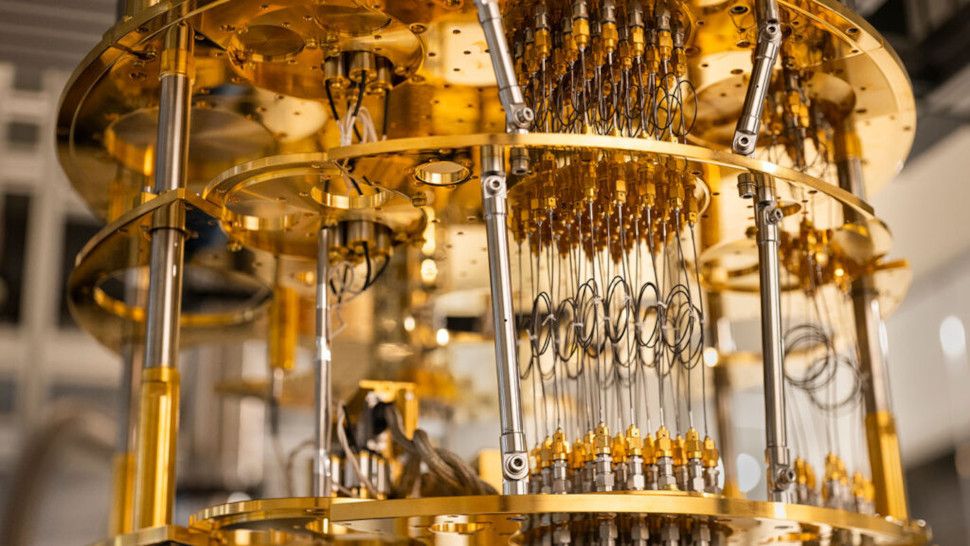 IBM has published details on a collection of techniques it hopes will usher in quantum advantage, the inflection point at which the utility of quantum computers exceeds that of traditional machines.

The focus is on a process known as error mitigation, which is designed to improve the consistency and reliability of circuits running on quantum processors by eliminating sources of noise.

IBM says that advances in error mitigation will allow quantum computers to scale steadily in performance, in a similar pattern exhibited over the years in the field of classical computing.

Although plenty has been said about the potential of quantum computers, which exploit a phenomenon known as superposition to perform calculations extremely quickly, the reality is that current systems are incapable of outstripping traditional supercomputers on a consistent basis.

A lot of work is going into improving performance by increasing the number of qubits on a quantum processor, but researchers are also investigating opportunities related to qubit design, the pairing of quantum and classical computers, new refrigeration techniques and more.

IBM, for its part, has now said it believes an investment in error mitigation will bear the most fruit at this stage in the development of quantum computing.

“Indeed, it is widely accepted that one must first build a large fault-tolerant quantum processor before any of the quantum algorithms with proven super-polynomial speed-up can be implemented. Building such a processor therefore is the central goal for our development,” explained IBM, in a blog post (opens in new tab).

“However, recent advances in techniques we refer to broadly as quantum error mitigation allow us to lay out a smoother path towards this goal. Along this path, advances in qubit coherence, gate fidelities, and speed immediately translate to measurable advantage in computation, akin to the steady progress historically observed with classical computers.”

The post is geared towards a highly technical audience and goes into great detail, but the main takeaway is this: the ability to quiet certain sources of error will allow for increasingly complex quantum workloads to be executed with reliable results.

According to IBM, the latest error mitigation techniques go “beyond just theory”, with the advantage of these methods having already been demonstrated on some of the most powerful quantum hardware currently available.

“At IBM Quantum, we plan to continue developing our hardware and software with this path in mind,” the company added.

“At the same time, together with our partners and the growing quantum community, we will continue expanding the list of problems that we can map to quantum circuits and develop better ways of comparing quantum circuit approaches to traditional classical methods to determine if a problem can demonstrate quantum advantage. We fully expect that this continuous path that we have outlined will bring us practical quantum computing.”