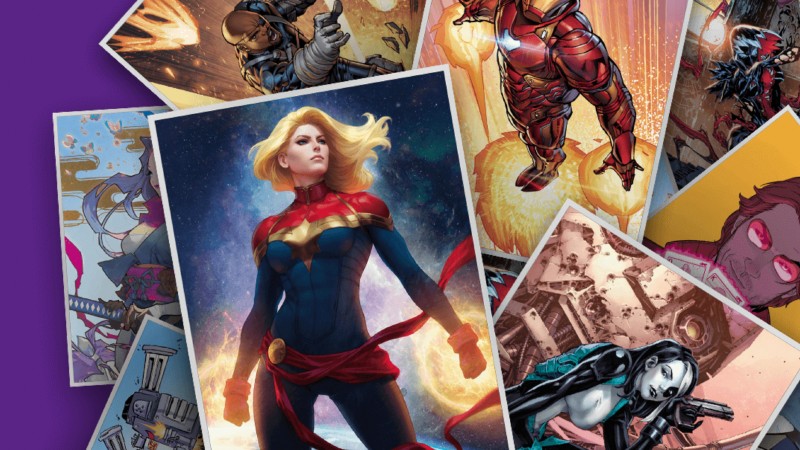 Get your decks ready because it might finally be time to face off against your friends in Marvel Snap later this month.

Marvel Snap has been a resounding success since its release, allowing players to compete against other real-world players with a variety of cards, random locations, and more. Despite the positive reception, one thing players have been asking for has been missing: the ability to play against your friends. Developer Second Dinner announced in November that it was working on an update to allow friends to battle each other and now, it has announced that this update is expected at the end of the month.

More specifically, the update is expected in a January 31 update, but Second Dinner says if it runs “into any last minutes issues, we may choose to delay for a little longer to make sure things work correctly,” as reported by Eurogamer.

This news was revealed alongside word that the developer is introducing Series Drops into the game.

Here are the cards dropping from Series 5 to Series 4: 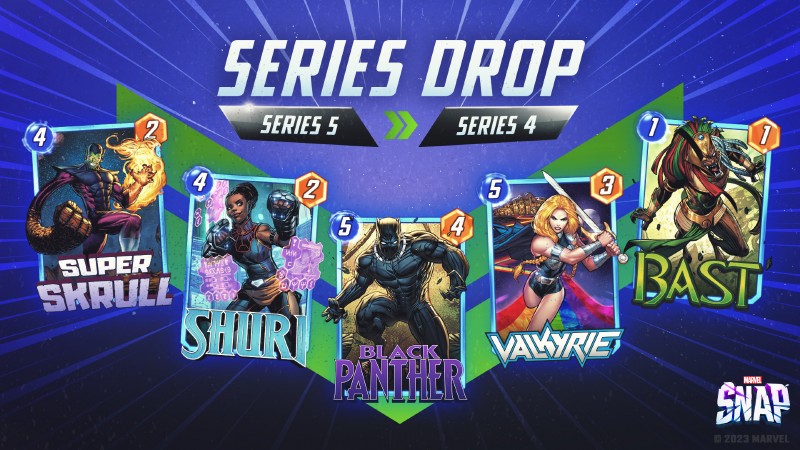 Here are the cards dropping from Series 4 to Series 3: 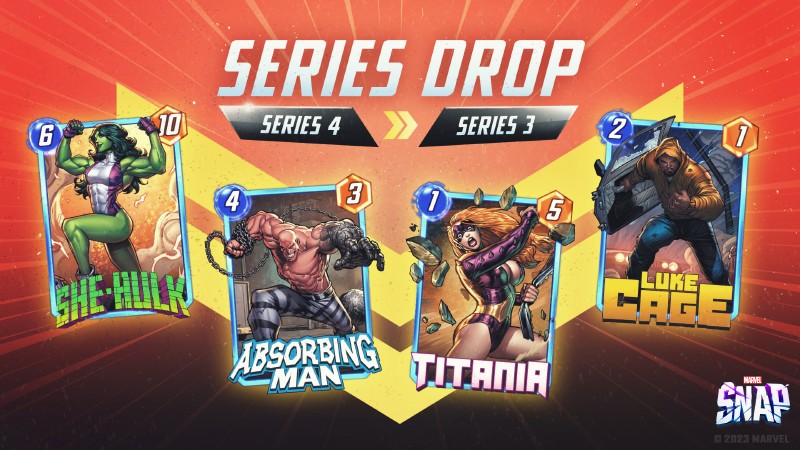 Second Dinner says that when cards drop Series, they become 10 times more common in Collector’s Reserves, and much cheaper in the Token Shop. It is planning to do a Series Drop like this every month, and each one will require a patch. The drop above is planned for January 31 alongside the PvP update that will allow players to battle their friends. Most cards are on the table for Series Drops except for two 6-cost cards: Thanos and Galactus.

First Edition Badges will be added to Series 5 cards before they move down a series to let players who earned it before the drop indicate to others that they did so. This badge will appear on all variants and Infinity Splits of a card. Second Dinner is also looking into improving the Token Shop in such a way that it makes “the experience of earning Series 4 and 5 feel much better for folks who haven’t completed Series 3.”

Personally, while I’m excited about these Series Drops, I especially can’t wait for the PvP update so I can finally just mop up the floor with my favorite deck against one of my best friends who, for some reason, thinks he even has a chance against me.