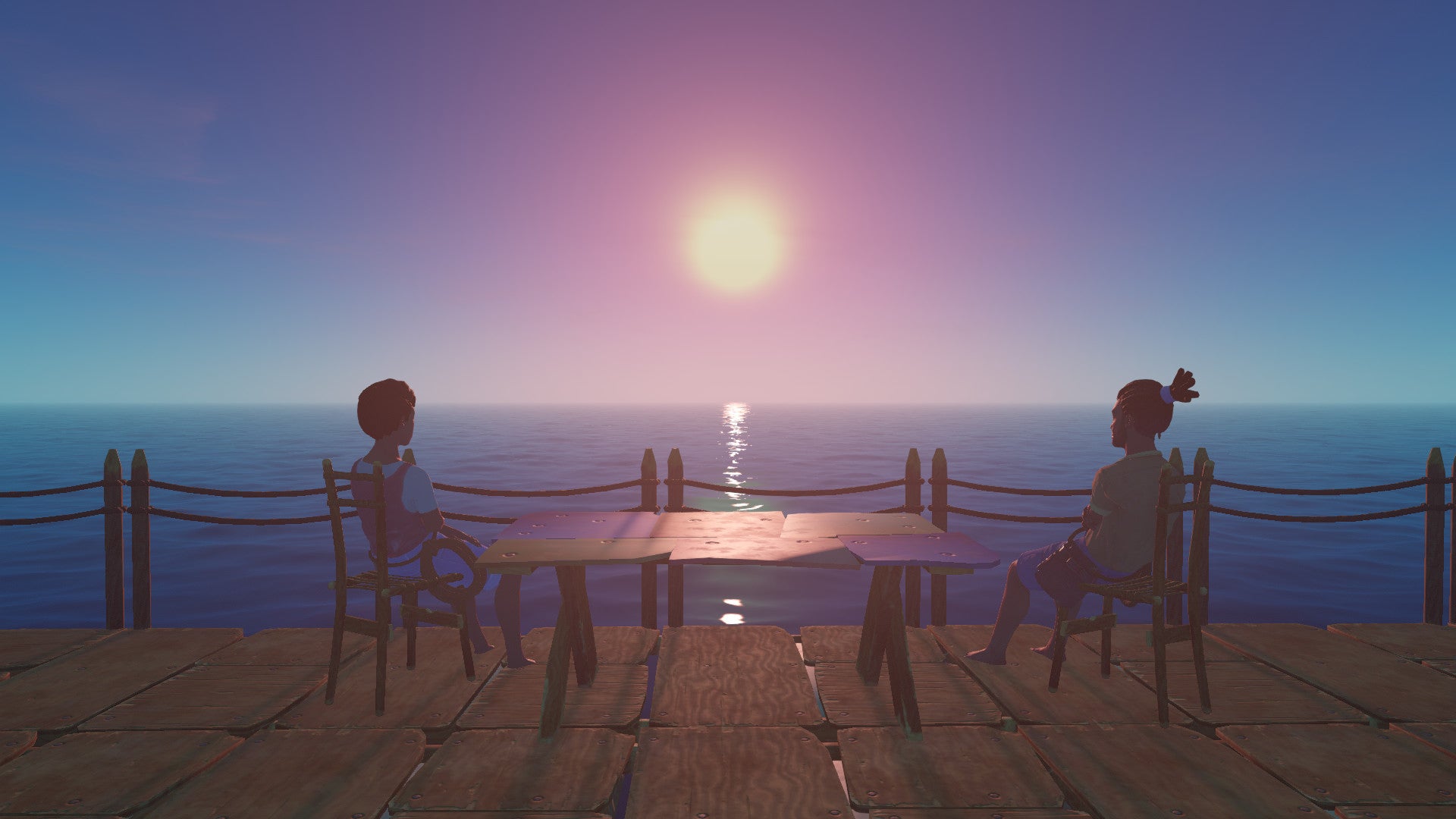 Raft, if you’re unfamiliar, first started to attract attention as a free prototype on itch.io back in 2016. Redbeet steadily expanded on that version’s core survival loop – in which players start out on a tiny wooden raft in the middle of the ocean, hooking up foods, supplies, and building materials until their tiny vessel is a veritable sea-faring palace – in preparation for a commercial early access release on Steam, which finally arrived in 2018.

Since then, Redbeet has continued to build on that early feature set, introducing the likes of online co-op, explorable islands, underwater reefs, crop growing, cooking, animal care, and even a full story campaign in which players can learn more about the flooded world.

Redbeet calls Raft’s 1.0 release its “biggest update ever”, and its patch notes are certainly sizeable – as well as spoiler-y, so you might want to avoid them if you intend to come in fresh now that early access is over.