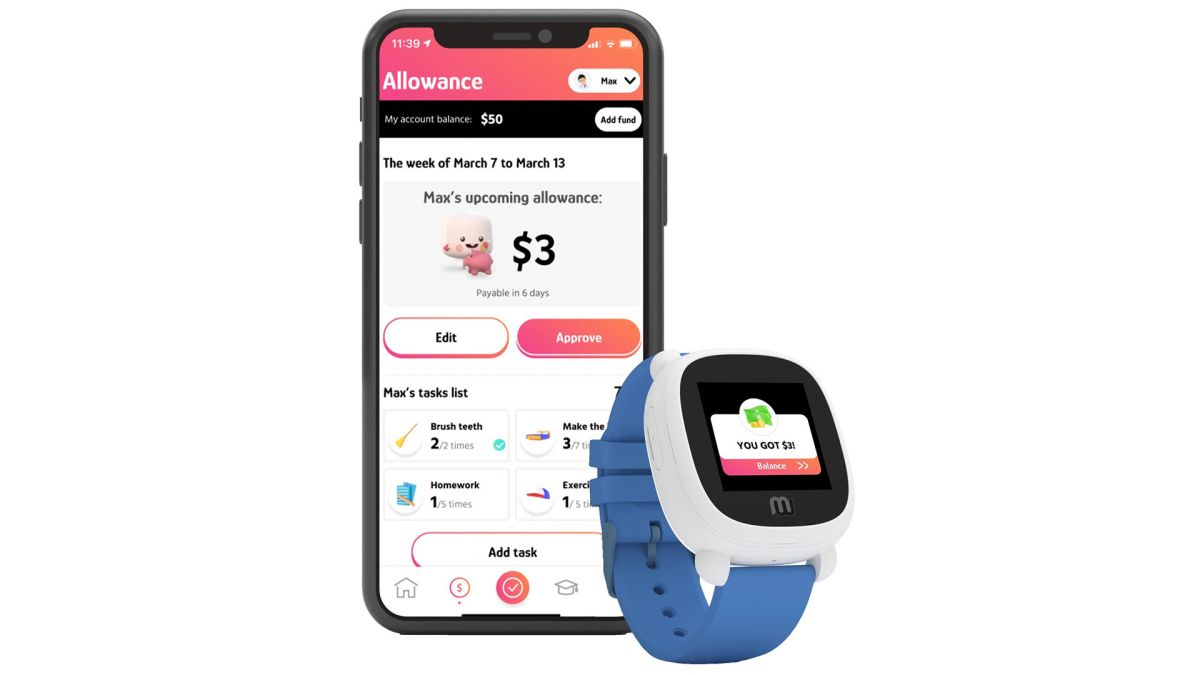 Learning financial literacy is important at any age and tech startup Mellow thinks it’s best to do it as early as possible.

The company is working on a Mellow Watch (opens in new tab), a colorful smartwatch designed to teach kids as young as five years old the ever-important topic of money and how to spend responsibly. Despite it looking like a toy, it actually has contactless payment enabled and a suite of security features.

As it’s described, the Mellow Watch can be seen as a mini-smartwatch. It focuses on teaching financial literacy to kids ages five to 13, but sports some typical smartwatch features.

For starters, the watch has a virtual debit card that links to a parent’s bank account via the Parental App, which can manage multiple devices. Parents can supply a daily allowance to the watch and establish rules on how money can be spent. The Mellow Watch works wherever contactless payments are accepted with the transactions appearing on the Parental App. And if the child goes a little crazy with spending, notifications pop up telling them to slow down.

To make financial literacy more engaging to youngsters, the developers include some game-like modes. Parents can turn on Chore-Based Allowance and have their kids earn money by completing chores . Goal-Based Savings are daily challenges that encourage kids to save money and develop a habit of saving.

The Mellow Watch also functions as a phone. It works on the 4G LTE network for making calls or sending texts on the touchscreen. The display is pretty small, but since it’s for children, their hands should be small enough to type something out.

The security features on the device are fairly robust too. There’s real-time GPS tracking and the watch automatically blocks non-recognized numbers. If you’re worried about your financial details leaking, Mellow states the device is compliant with EMVco and PCI DSS, which are security standards designed by major credit card companies to protect sensitive information.

It even has a pedometer thrown in for good measure. The only thing missing is a suite of apps. We asked Mellow if entertainment apps, like YouTube, will make their way to the smartwatch. We’ll update this story if we hear back.

If you’re interested in buying one, you’ll have to wait a while. The Mellow Watch will launch on a Kickstarter campaign that starts on August 15. It’s unknown how much the watch will cost nor what packaged deals will be available. You can sign up for an email notification when the campaign starts.

Admittedly, this is an interesting piece of tech but we question just how useful it will be. Teaching financial literacy to young kids is commendable, but are young kids capable of understanding money and the responsibility that comes with it? It seems that even Mellow questions themselves on that front.

Besides the allowance, parents can instead give Star Points to their young kids in lieu of money. It doesn’t look like the points can be used to purchase anything; they’re merely collectibles. If that’s the case, then you’re not teaching kids about finances. Instead, you’re teaching kids how to play a game and collect points. A real-world application is important.

Plus, this device seems better suited for older kids, especially with how complex it is. A 13-year-old can navigate this mini-smartwatch, but can a five-year-old? Should she? Kids are smart, but you still have to make things simple. Ultimately, we can only speculate until the official launch.

If you’re interested in kid-centric tech, we have a list of the best laptops for children. They’re made to be easy to use and withstand rough handling.