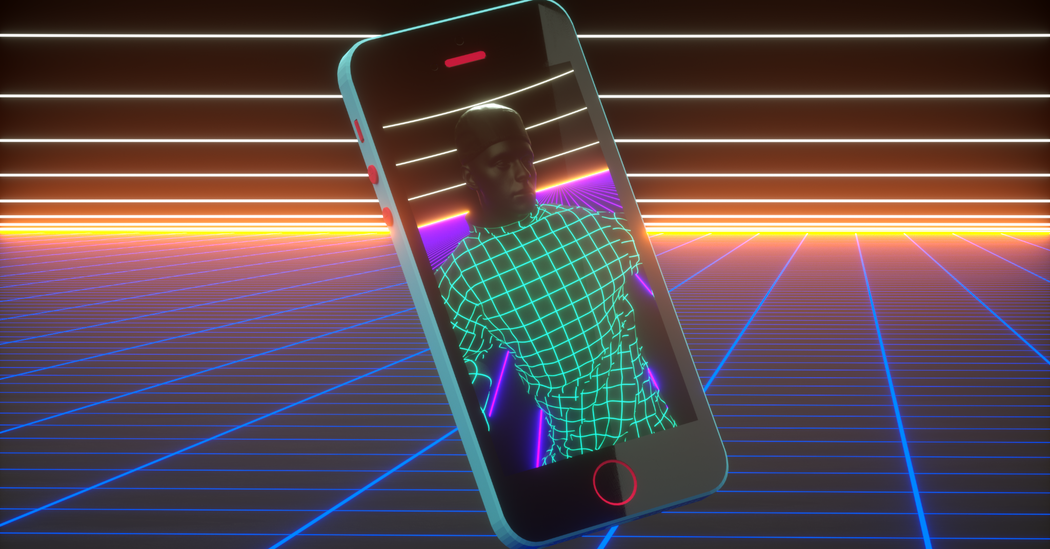 This article is part of the On Tech newsletter. You can sign up here to receive it weekdays.

I had mostly avoided TikTok; it made me feel old. But for me and many of you, TikTok has become a needed dose of silliness during the pandemic — and more recently, a unique home for grieving and activism.

Alongside short videos of a hamster jamming on the piano and an incredible watermelon carving, there are scenes of the protests against the killing of George Floyd in Minneapolis, and a history lesson on the 1921 massacre of residents of a black neighborhood in Tulsa.

What’s unusual about TikTok is that it’s not another place to see what’s happening. It’s a distilled expression of how people are feeling. At its best, a TikTok video gives me a sense of someone’s essence — and taken together, of our collective essence.

TikTok feels familiar, but its soul is unlike that of other social media that came before it. It can be mindless fun, but it’s also a force to pay attention to. TikTok is the first entertainment powerhouse born in and built for the smartphone age — and it might change everything.

It’s also the first time that Americans have had to consider that U.S. companies might not always rule the internet. There’s a lot of importance wrapped in a (mostly) goofy app.

Last month, a reader named Richard wrote us asking, “Can you explain why TikTok is all the rage?”

Well, the magic is TikTok makes it easy to be creative and to watch others’ best work. A 60-second limit on videos means users don’t need to create much filler, and there’s often a common thread with many videos set to the same song or riffing on a “challenge” like cleaning mirrors.

TikTok makes it easy to watch by pushing you videos that its computers predict you will like. You don’t need to search or know whom to watch. (But that is also why TikTok can operate like a bubble. I might see Black Lives Matter videos, while you might see only celebrities dancing.)

TikTok doesn’t necessarily show you the reality of the world. It’s about expression, but it’s not like anything we’re used to.

Netflix, YouTube and most other internet video services grafted existing business behaviors onto new distribution models. TikTok blew up all of that. It wasn’t made for cord cutters. It’s for people who never watched TV at all.

If you’re on TikTok to talk politics, you’ll find irreverent political in-jokes and none of the usual TV-like conventions. Hollywood productions are absent. Whether fun or solemn, everything is tailored to TikTok’s id.

TikTok does have many of the familiar internet problems like overreach of data collection, stalking and harmful misinformation.

The biggest questions stem from TikTok’s ownership by the Chinese internet conglomerate ByteDance. Some American politicians worry that TikTok is a conduit for China to siphon Americans’ data. (TikTok says it doesn’t do this.)

TikTok faced questions last year on whether it was hiding videos from Hong Kong’s protests to appease the Chinese government. The company said it didn’t.

I don’t know whether those fears are valid. But TikTok is definitely a mind bender. It’s one of the first Chinese internet services that is globally popular. That’s a challenge for Americans who are used to U.S. internet companies dominating much of the world.

TikTok might be rewiring entertainment, giving the next generation of activists new ways to tell stories and challenging the global internet order.

Hey, you are someone who appreciates smart conversations about technology. Join my DealBook colleague Andrew Ross Sorkin and the veteran technology journalist Kara Swisher for a discussion about how the tech giants are dealing with free speech, the risks and opportunities created by the pandemic and more. R.S.V.P. here for the call, which will be on Thursday at 11 a.m. Eastern.

Tip of the Week

How to make your own TikTok videos — for cheap

Brian X. Chen, a consumer technology writer at the The New York Times, suggests some apps and products to help you create your own online videos and photos.

It’s hard to become famous on social media. (I have firsthand experience failing to make my dog, Max, an Instagram celebrity.) But if you want to give it a shot, you don’t have to splurge on fancy cameras and lights to make videos and photos look better. You can just use your smartphone camera and a few tools.

Here are some low-cost hacks I’ve used over the years:

Sticking with today’s TikTok theme: Here is a mewing kitten in the couch cushions.

We want to hear from you. Tell us what you think of this newsletter and what else you’d like us to explore. You can reach us at [email protected]

Get this newsletter in your inbox every weekday; please sign up here.

Here Are The Most Used Emojis of 2021

The pandemic has affected nearly all aspects of modern life, from the clothes we wear to the food we eat to how we spend our time. There is one thing, however, that has remained almost […]

What’s the Deal With Google Now?

Google is facing the possibility of multiple antitrust lawsuits. Here’s why and what’s ahead. Source

The worst-case scenario for the proliferation of misinformation about the election is playing out, disinformation researchers said Wednesday morning. The presidential race is extremely close, it could take days to get final results, and President […]