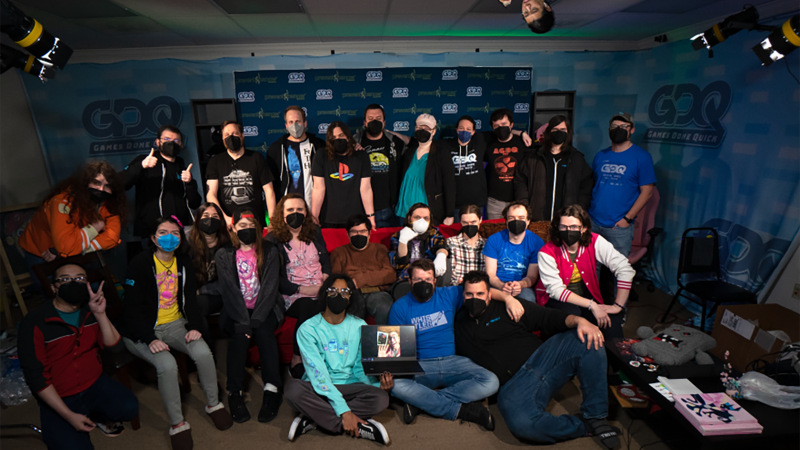 Awesome Games Done Quick (AGDQ) started the New Year with a bang, raising over $2.6 million for the Prevent Cancer Foundation. For the unfamiliar, GDQ is a 24-hour charity live-stream where dedicated gamers show off speedruns of their favorite games. Before 2020, most events were held in person, but since then they’ve mostly been broadcasted from streamers’ homes. This year’s event ran from January 8-15 and included over 140 runs.

While most runners don’t expect to set new records during the marathon, a whopping four were set this year for the following games: Teenage Mutant Ninja Turtles: Shredder’s Revenge, PowerWash Simulator, Super Mario Galaxy 2, and Steven Seagal Is: The Final Option (Prototype). Most years have one or two records set, but four is a big deal.

2023 marks the 14th year that the biannual charity marathon has taken place. They have two main events in the winter and summer, but they also hold smaller events throughout the year. One of these is Frost Fatales, an all-women speedrunning event, which will take place from February 26 – March 4, 2023 on Twitch. Since it was founded in 2010, the organization has raised over $43 million for charity.

AGDQ was initially set to be in person but was moved online due to COVID concerns. Their summer event, Summer Games Done Quick, will be held from May 28 – June 4, though it’s unclear whether the event will also take place in person.

Did you watch this year’s AGDQ? What were your favorite runs? Let us know in the comments!