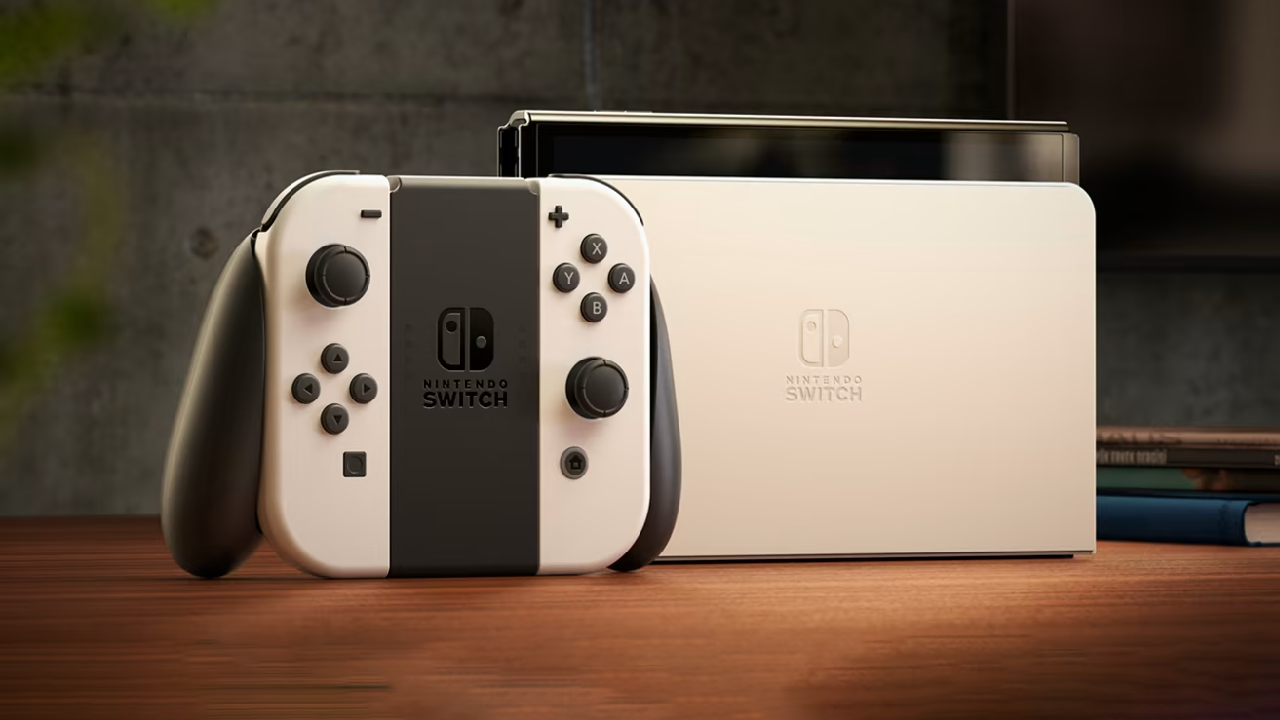 Six years is a decent run for a console – even more so for a machine based on what was already out-dated technology – so is it time for Nintendo to replace Nintendo Switch with a next-gen successor? That’s the key topic covered in DF Direct Weekly today, as myself, John Linneman and Alex Battaglia take a look at the machine’s current titles and wonder what might happen next.

To begin with, it’s worth stressing just how much of a runaway success Switch has been, simply by virtue of being different, of offering a more flexible approach to gaming. By combining home console and handheld into one design, Nintendo didn’t have to compete against Xbox and PlayStation in terms of sheer horsepower and the new approach also allowed the firm to concentrate all of its resources into one singular product. This increased first-party game production, further bolstering the machine’s appeal. Bizarrely, the failure of Wii U also aided the Switch’s fortunes: Nintendo had an entire catalogue of brilliant first-party titles it could port to the new machine.

Also crucial to the machine’s appeal was the sheer breadth of third-party games – and therein lies another crucial aspect of Switch’s success. By ditching totally underpowered hardware lacking key features in favour of Nvidia’s Tegra X1, developers gained access to a modern GPU, backed by a flexible, performant graphics API. Targeting lower resolutions and cutting back features less likely to be missed on a handheld screen made the impossible possible: when I first went hands-on with Doom 2016 on Switch, I was astounded at what had been achieved on an underclocked mobile chipset.

In the here and now, it’s clear that things are changing. In this week’s Direct, we talk about the recent Mortal Shell as an example of how the latest ports aren’t holding up particularly well – and this one is particularly bad. We also discuss how even now, the performance level of the Switch is perfectly adequate for games built from the ground-up for the system – the recent Fire Emblem Engage is a good example of this.

However, the narrative that the Switch was running out of steam did actually begin with the arrival of a first-party title: Bayonetta 3. Yes, performance in Platinum Games titles is often variable, but here we were looking at highly inconsistent frame-rates even though the developers had raided the closet of optimisation techniques to the point where the game often looked ugly and even PS3-like. The game was – and is – great, but most of our criticisms would not be an issue if Bayonetta 3 were running on a more powerful system. It didn’t help that earlier footage distributed by Nintendo showed the game operating locked at 60fps – clearly not running on Switch and we might surmise that whoever was responsible for those assets was dissatisfied with how the game looked on the console and opted to show it on something with more horsepower.

What’s also clear is that the targets for development are shifting up as we reach the end of the cross-gen period – this has resulted in ports for Xbox One and PlayStation 4 receiving less attention and by extension, Nintendo Switch titles also included in the developmental effort suffer still further – Sonic Frontiers being a good example. As we move further into 2023, we expect the beginning of the end of cross-gen, making life more difficult, if not possible for Switch ports. If we want to discuss developers that have bucked the trend, for my money, Rebellion’s Switch work has been nothing short of miraculous – Zombie Army 4 being just one case in point – the difference there being a bespoke team working on the ports, and doing so by wringing out every last element of performance from the Switch hardware.

Will The Legend of Zelda: Tears of the Kingdom be the last big hurrah from Nintendo in terms of first-party support – and is a next-gen system in development? Part of our discussion in this week’s Direct is the form that the new Switch will actually take and the extent to which a new system may require a bespoke concept, or to put it more unkindly, a gimmick. From our perspective, it’s pretty clear that the new system will retain the core Switch concept because the idea of merging home console and handheld into one has been so successful and so transformative to Nintendo’s fortunes. Beyond that, we know that Nintendo is worried about how it’ll handheld the transition and part of that may well be down to the fact that given a portable form-factor, innovation in hardware design is necessarily more limited.

We can speak with a fairly high degree of confidence in the design of the new system, as the combination of comments from the industry’s most reliable hardware leaker – kopite7kimi – along with leaks from Nvidia itself suggest that the new hardware is based on a custom variant of the Tegra 234 found in its automative products and the new Orin NX Jetson board. The so-called T239 variant is now confirmed as real with mooted specs including eight ARM A78AE CPU cores, a 128-bit memory bus and a GPU based on the RTX 3000-series Ampere architecture with 1536 CUDA cores. That means the new Switch will support DLSS (expect this for docked mode upscaling) and even ray tracing, though my understanding is that Nintendo is prioritising battery life over high-end features.

Even at the same limited clock speeds as the current Switch, we should see a profound boost to the capabilities of the machine, especially if the same 720p target is on the cards. DLSS image reconstruction should take care of the docked side of the equation, though the computational cost of upscaling to an actual 4K image may be beyond the limits of the hardware – but the key is that the presentation simply needs to look decent on a modern display. Scaling to 1080p or 1440p would likely look good enough.

I would be wary of comparisons with Steam Deck, however. Pushed to its limits, the Deck is burning through 26-27W of power. That kind of throughput would get you about 30 minutes of play on today’s Switch battery. A larger battery may be part of the design, but ultimately, Nintendo would never build a handheld as large as Steam Deck. Power targets will be lower, the machine is likely to be much smaller and therefore frugality on power consumption is key. We may get Steam Deck-like results, however, simply through direct coding a fixed platform and sensible cutbacks and optimisations – the existing Switch development strategy, if you will.

Timescales? 2023 is looking unlikely, unfortunately. From a commercial perspective, there are two ways of looking at this. According to Gamesindustry.biz’s Chris Dring, Switch was the best-selling console in the UK in 2022 – which is quite a feat. Assuming similar success elsewhere, the business case for a replacement this year may not be compelling to Nintendo. On the flip-side, sales are actually down 25 percent year-on-year. The system has clearly peaked, and we’re now in a period of managed decline. Our guess, based on gut feeling and no firm intel whatsoever? An announcement towards the end of the year and perhaps a release in Q1 2024. Regardless, we can’t wait to see it: Nvidia’s Ampere technology may be two-years-old but it’s still phenomenal, a massive improvement over Tegra X1. Combined with Nintendo’s unparalleled game design, it should be an astonishing reveal.