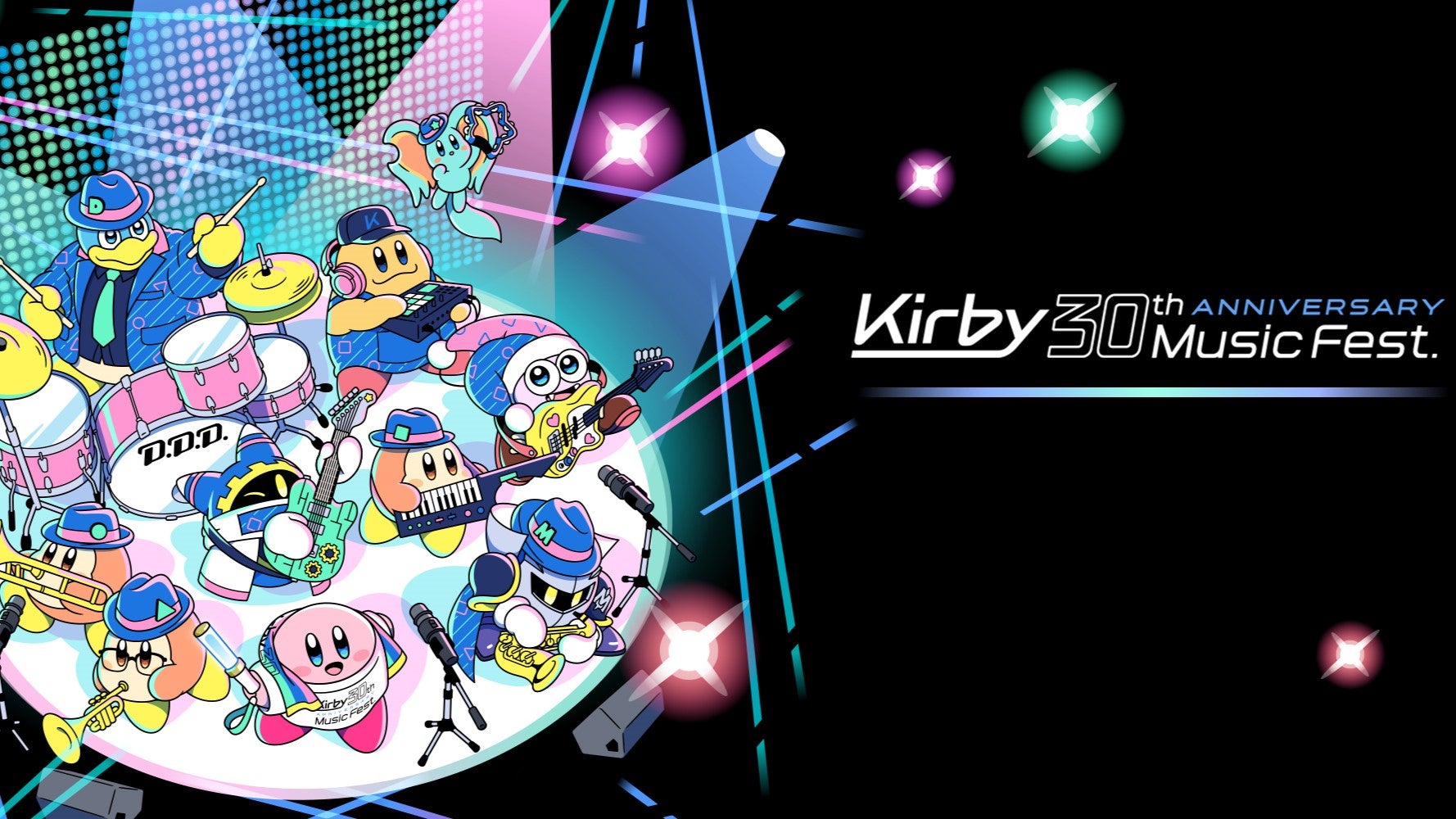 More information has been released regarding Kirby’s 30th anniversary live concert, and how fans outside of Japan can take their seat remotely.

First announced in March, the concert will be held at Tokyo Garden Theatre on 11th August at 6pm local time in Japan.

For UK fans that’s 10am, and you’ll be able to stream it via YouTube and start your Thursday off with some Grammy-worthy tunes.

The official website for the celebration concert teases “original medleys of songs from past titles in the series” guaranteed to take you on a trip down memory lane. Kirby will also be joining in the fun himself, and you’ll be able to see him enjoying the programme on a large LED monitor.

For anyone who won’t be able to watch the concert live, the livestream will be archived and uploaded at a later date available for replay.

A video archive of the #Kirby30 Anniversary Music Fest will be uploaded at a later date.

Please note – the concert will be in Japanese and will not have simultaneous interpretation to other languages.


There’s also some cute phone wallpapers you can download from the Kirby 30th Anniversary Music Fest website, featuring Kirby, Meta Knight and others geared up for the concert.