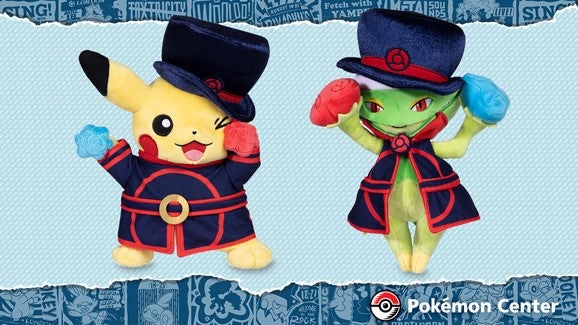 Today’s Pokémon livestream, gave us a look at the exclusive plushies that’ll be sold at London’s upcoming Pokémon Center.

The Pokémon Company had already announced the Pokémon Centre pop-up store will be returning to London, but hadn’t given away any details on what new Pikachu design will be appearing. Images of the plushies have now been released, via today’s Pokémon livestream.

The previous pop-up store in 2018 had Pikachu suited up and topped off with a bowler hat, and was so popular the store ended up having to limit purchases and opening hours in order to cope with demand. This time, Pikachu has an even more iconic London look.