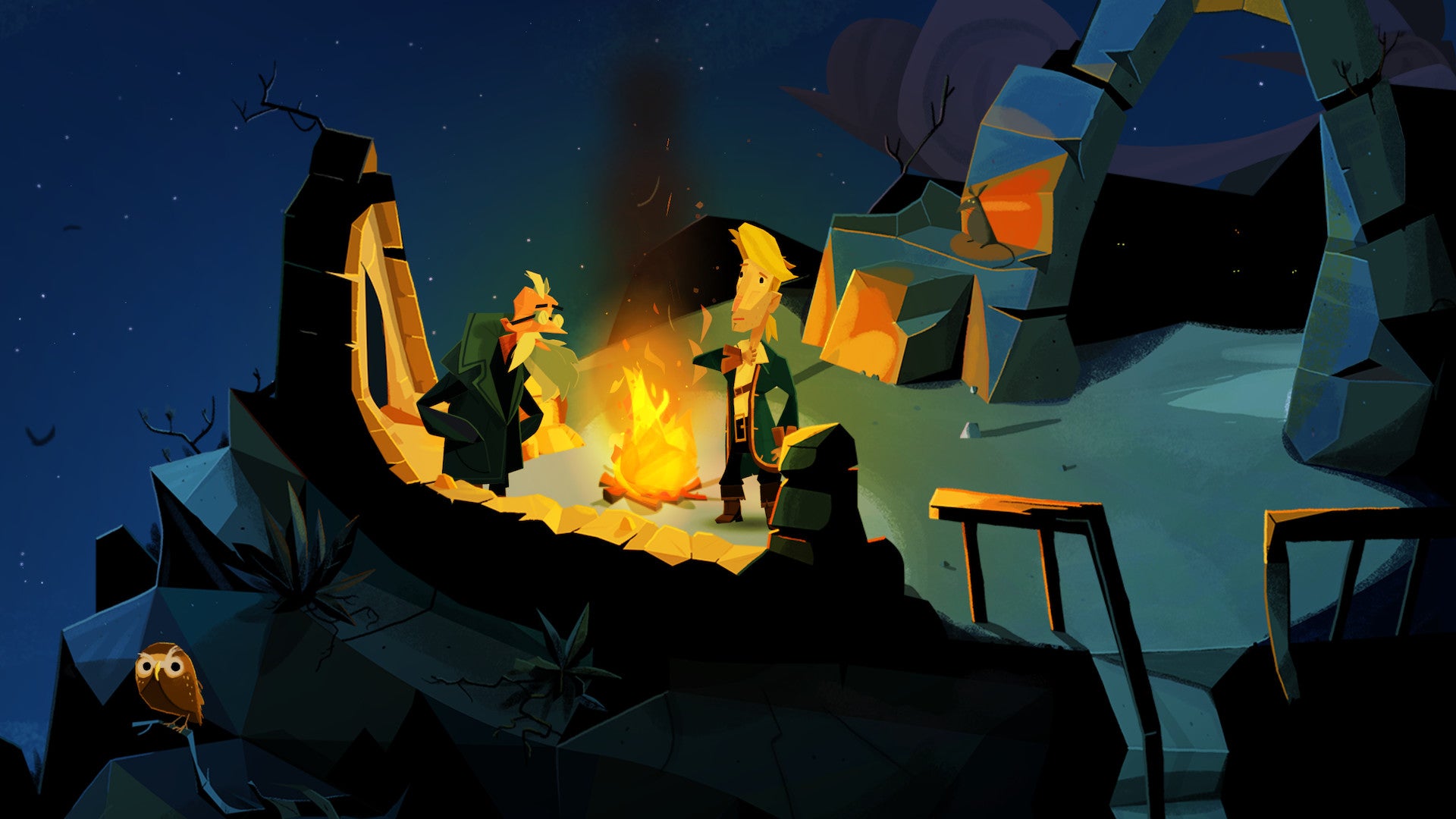 My favourite Monkey Island story isn’t about a puzzle or a character or a joke. It’s not Stan and his hand-talking, or the severed head that can lead you through mazes. It’s not actually a story from the game itself. It’s to do with a friend of my wife’s. This friend once admitted that, as a kid, whenever she had a story she wanted to tell her mum, her mum would always stop her at the start and say, with what I’m guessing was a heavy, deeply theatrical sigh, “Is this about Monkey Island?”

I think about this a lot. A kid who was so in love with Monkey Island, who spoke about it with such granularity and such endless passion, that it made their mum grow wary of every fresh conversation. To this day whenever I’m particularly boring my wife will stop me and say, “Is this about Monkey Island?” Conversation ended. Conversation defeated.

And of course the funny thing is, if there was ever a game worth talking about it’s Monkey Island. Let me clarify: loads of games are worth talking about, but Monkey Island – the first one – is singular in how much it’s worth telling people about. Things happened in that game that felt unprecedented back in the early 1990s. The scope of it, the richness of the Caribbean setting, the ease of the comedic tone. But also the set-pieces. The fact that the fourth wall was acknowledged and then shattered. As school kids playing this game in the evenings and weekends, game characters who were almost aware they were game characters – who were made to say things that they realised they hadn’t chosen to say? Well, this felt almost illicit. Maths room, 9am on a Monday: You will not believe what happened in Monkey Island last night.