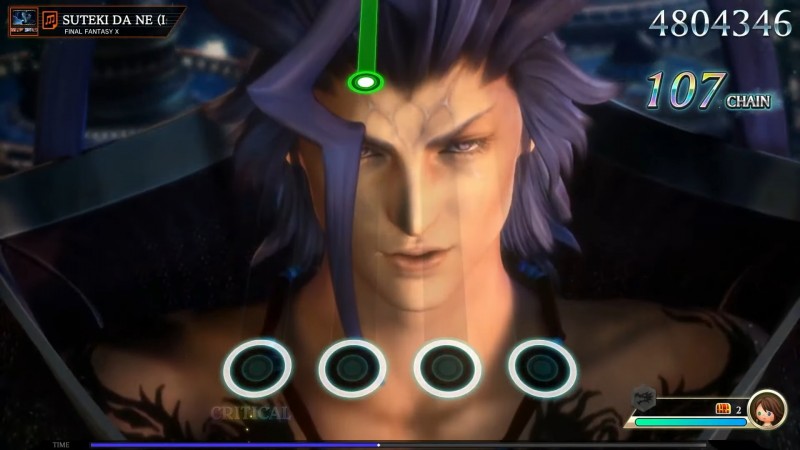 Square Enix has announced Theatrhythm Final Bar Line, the next entry in the Final Fantasy rhythm series. This first console entry in the series includes modernized visuals for the backgrounds and nearly 400 songs included in the base game.

The soundtrack includes favorites like “One Winged Angel,” “Torn from the Heavens,” “Suteki Da Ne,” and plenty more. With 385 songs included in the base game, Square Enix understands it might be difficult to sort through them all, so it included a way to sort by game. The game can be enjoyed by two players locally or four players online.

Theatrhythm Final Bar Line comes to PlayStation 4 and Switch on February 16. Square Enix also announced that players can look forward to paid DLC from the Saga, Nier, Octopath Traveler, and Live A Live series for a total of 90 additional songs. There’s also a Season Pass which will add 27 extra songs.