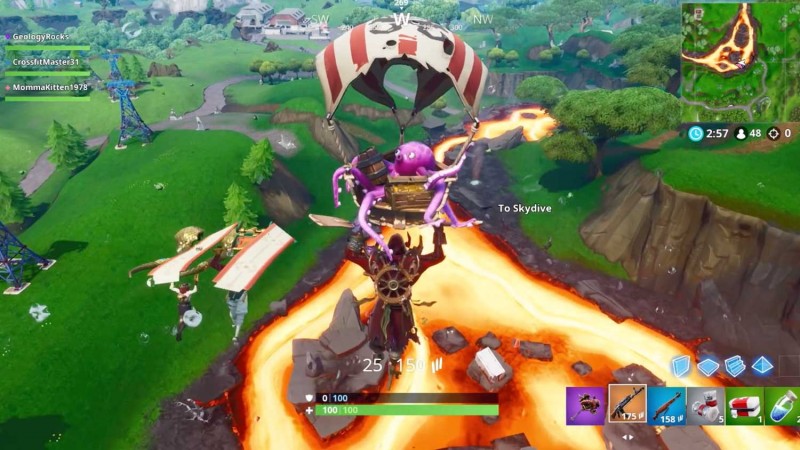 The season revolves around a giant volcano that has appeared, with Pirates, Ninjas, and other fighters searching and skirmishing for treasure and loot as they dodge lava and explore new areas like the Lazy Lagoon and Sunny Steps.

Along with the new season comes Update v8.00, touching everything from Creative mode to adding new hero-loadout system in Save the World, bug fixes, and other changes. Check out the full patch notes here.

Naturally, the Season 8 Battle Pass is also available, with over 100 exclusive rewards (including the Blackheart and Hybrid progressive outfits) for 950 V-bucks. Check out more on the pass in the trailer below.